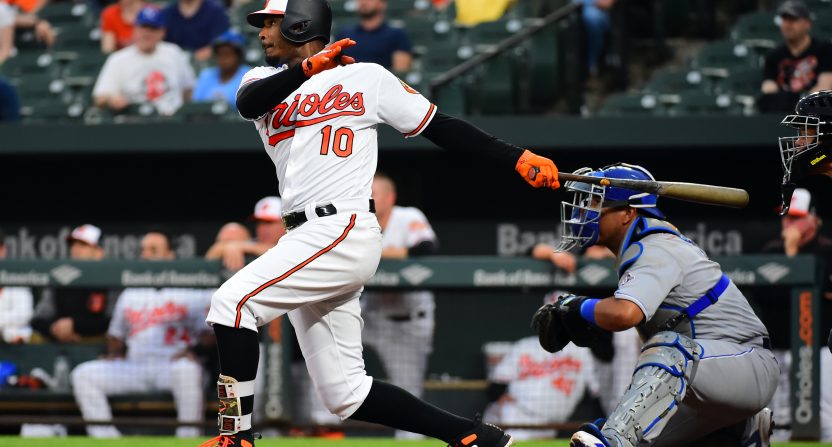 While Shaquille O’Neal’s mansion is for sale, another sports legend has sold his mansion. According to Ken Rosenthal of The Athletic, former Baltimore Oriole Cal Ripken Jr. sold his house to current Oriole Adam Jones.

Ripken’s house had been on the market for a couple years, being listed in 2016 for $12.5 million. It’s unknown as to how much Jones paid but the house was listed at $9.75 million so Jones probably got it for less than eight figures.

According to Rosenthal, the house is pretty legit which should be if it costs around $10 million.

The Ripken home is 26,000 square feet, with six bedrooms, 10 full bathrooms, five half-bathrooms and a five-car garage. It also includes a home theater, gourmet kitchen and several walk-in closets, according to mansionglobal.com.

If Jones chose to live at the property, he would not lack for training facilities. Ripken enhanced the home with a pool, a baseball diamond, indoor basketball court and training gym.

If you are an Orioles fan, it might be natural to let your mind wander and think this is a sign that Adam Jones is staying in Baltimore. The 32-year-old is in the final year of his contract and may head to another team but this purchase may get Jones to stay.

It turns out that Jones buying a house near Baltimore has no bearing in whether he stays with the Orioles or not. Instead, Jones loves investing in real estate and bought the house as an investment because of the price drop and does this in other locations.

So Orioles fans will need to await further information as to whether or not Adam Jones stays with the team. There’s a chance he will be living in Baltimore but that doesn’t necessarily mean he’ll be playing in Baltimore.