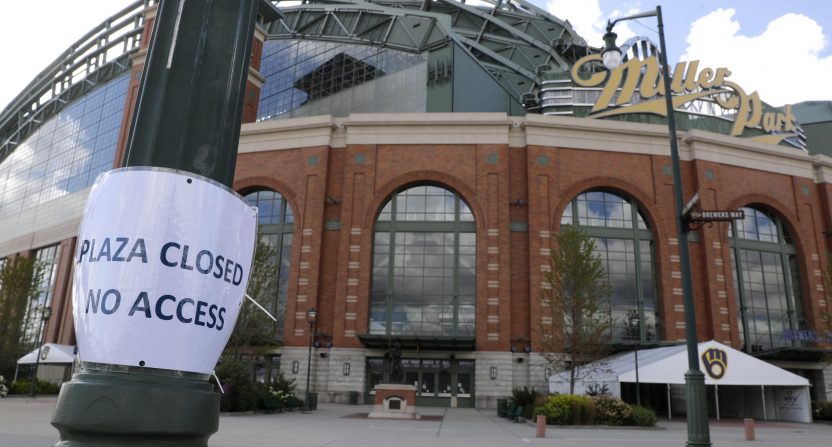 After the Miami Marlins season was brought to a halt by positive Covid-19 tests, we now have another game postponed due to the virus.

The St. Louis Cardinals were in Milwaukee for what would have been the Brewers home opener tonight at Miller Park, but after two Cardinals reportedly tested positive, the game has been postponed. MLB Network’s Jon Heyman first reported the news:

#STLCards players are being tested again today. So results could determine rest of series. Hope of course is that it’s not an outbreak and just confined to the 2 players.

The Cardinals and Brewers both released statements on the situation, with the Cardinals noting that they hadn’t left the team hotel and were continuing to self-isolate:

Of course, that statement does mean that the Twins, for example, could potentially have been exposed.

The Brewers, meanwhile, were understandably supportive of the decision:

The league is apparently hoping that Saturday’s game can go on as planned:

So, per source, the #Cardinals for now have been told that, if the rest of the team tests negative (and I haven’t yet been told how many positives they had), the series with the Brewers will start on Saturday.

Which, uh, seems very reckless considering what we know about the virus incubation period, and how long it may take for testing to accurately reflect a positive case. As we saw and are still seeing with the Marlins, a baseball team is a textbook situation for an outbreak.

It’s almost like Rob Manfred is just kind of bullshitting his way through an impossibly important time in MLB (and sports) history! (The Onion nailed it.)

What could go wrong?