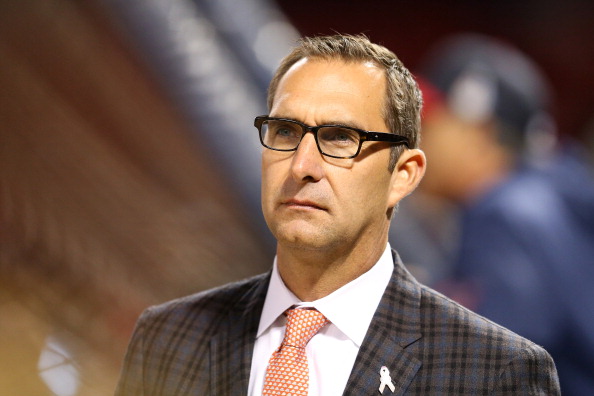 The St. Louis Cardinals struck out this week when outfielder Jason Heyward opted to turn down a reported offer near $200 million to sign with the Chicago Cubs. Heyward wasn’t the first big name free agent the Cardinals chased, as they reportedly bid near $200 million on David Price who agreed with the Red Sox to a $217 million contract.

So the Cardinals bid $190M on David Price and $200M+ on Jason Heyward, and missed on both. pic.twitter.com/3KDMcnyZFt

Following the two strikeouts, general manager John Mozeliak says the club is no longer trying to make a “dynamic signing.”

“When you look at how to approach an offseason you have that short view for the upcoming season but you have to factor in the longterm commitments that are going to go with some additions and how that works for the organization three, four years from now,” Mozeliak told St. Louis Today. “The answers you come up with for that speak to an organization’s philosophy. We have had a disciplined approach that we don’t want to change. But I understand it might not be what people want to hear when they’re looking for answers today.”

STLToday reports the Cardinals have extended themselves as far they can go for those two players, and don’t see any other free agent options worth the “willingness to reach,” chairman Bill DeWitt Jr. told the paper.

The news is somewhat surprising considering the team’s reported interest in former Kansas City Royals outfielder Alex Gordon. The Cardinals are taking a more measured approach, and will give Stephen Piscotty, who finished sixth place in Rookie of the Year voting, a chance to play every day in right field.

Mozeliak admitted fans may not be enthused with the lack of big name free agents signings, but it doesn’t mean the Cardinals won’t compete, and being disciplined hasn’t failed them in the past.

“It’s not as fun to see it come down this way,” Mozeliak said. “It doesn’t change want we have to do. We have had a disciplined way of doing things and we’ve had success with it. We can’t now do things based on gut or noise if it doesn’t fit.”

I can’t blame him. You don’t want to be saddled with a horrific contract because you blew your load in free agency. Something tells me the Cards will be just fine.