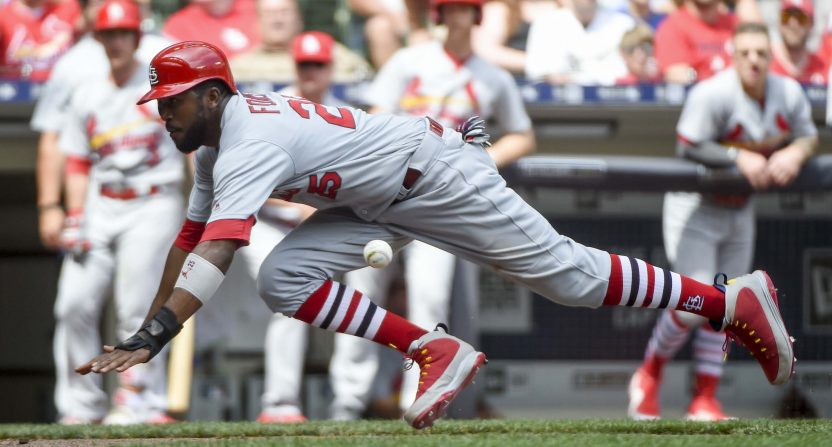 On Monday, St Louis Cardinals president of baseball operations John Mozeliak threw outfielder Dexter Fowler under the bus, and then backed it over him, claiming that “a lot of people” have questioned Fowler’s “effort and energy level” to him.

Mozeliak on Fowler: “I’ve had a lot of people come up to me and question his effort and energy level. And those are things I can’t defend. I try to create opportunities for him, but not if it’s at the expense of other players who are hustling and playing hard.”

Fowler is in the second season of a five-year, $82.5 million deal given to him by Mozeliak in December of 2016 when he was still the GM of the Cardinals.

Fowler has never been the healthiest player in the world – he’s logged 600 plate appearances in a season just once (2015 with the Cubs), and has played in as many as 140 games in a season twice (2012 and 2015). He managed 118 games for the Cardinals last year, and has played in just 66 this year. The timing of Mozeliak’s comments don’t come at a good time – Fowler is currently out on paternity leave, as his wife is having a baby.

But the Cardinals have been going backwards since winning 100 games in 2015, missing the playoffs in both 2016 and 2017. So far this season, they’re 42-40, 5.5 games back of the Brewers (and five back of the Cubs) in the NL Central. Mozeliak is under pressure to win, especially with a franchise record payroll of just under $160 million this season. He’s the one that gave Fowler the contract, knowing he has never been the most durable player *and* that he’s on the wrong side of 30. Publicly throwing him under the bus isn’t going to make Fowler play better, and it isn’t going to make his teammates play better or suddenly get healthy.

All it does is make Mozeliak look that much worse, and throws his decision making even more into question. The Cardinals haven’t underachieved this season solely because of Dexter Fowler – they’ve underachieved due to problems with the team put together by Mozeliak and GM Mike Girsch. Those problems include, but don’t stop at, the decision to give Fowler more than $80 million guaranteed. If the Cardinals end up moving on from Fowler, either by releasing, trading, or benching him, is it really a good thing to have the same braintrust that initially made the massive investment in Fowler picking out his replacement?

3 thoughts on “Cardinals president of baseball operations John Mozeliak threw Dexter Fowler under the bus, but he only has himself to blame”