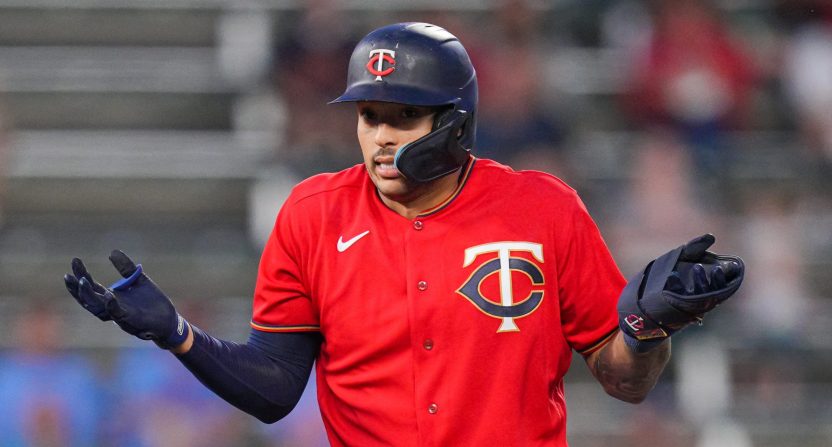 Carlos Correa finally has a team next year and it’s the same one he played for last season, the Minnesota Twins. However, the shortstop took a winding free-agent road to get back home, first by signing with the San Francisco Giants before that deal was paused over injury concerns. He then signed with the New York Mets before those same injury concerns caused Correa to leave and return to Minnesota.

Now, Correa’s agent, Scott Boras, is taking some shots at the Mets for getting the exact same information the Giants got but still trying to go through with the deal anyway.

“I don’t understand the Mets,” Boras said to USA Today’s Bob Nightengale in a weekend piece. “I gave them all of the information. We had them talk to four doctors. They knew the issue the Giants had. And yet, they still call the same doctor the Giants used for his opinion. There was no new information. So why negotiate a contract if you were going to rely on the same doctor?

“It was different with the Giants because a doctor had an opinion they didn’t know about. But the Mets had notice of this. They knew the opinion of the Giants. So why did you negotiate when you know this thing in advance?”

According to Correa, an ankle specialist that the Giants consulted was the doctor who didn’t pass him for the deal. That same specialist then consulted with the Mets after they signed the initial deal.

Don’t cry too much for Correa, he signed a six-year, $200 million contract to return to the Twins so he’ll be fine. As for the Mets, it might be weird the next time they try to sign a Boras client, which is bound to happen soon.