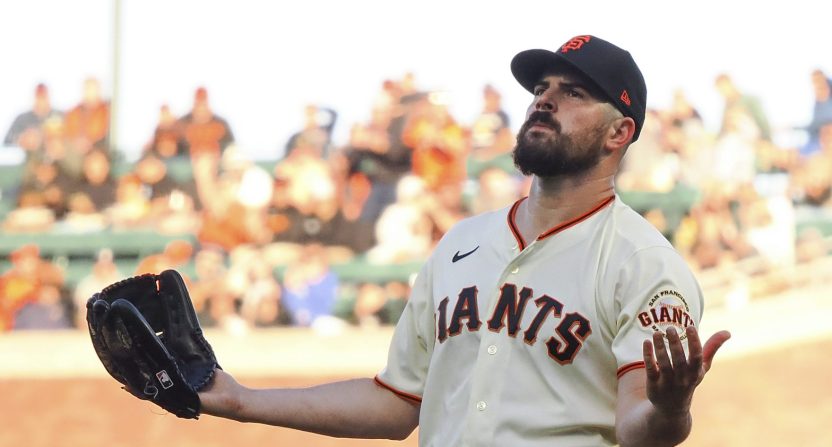 The Major League Baseball 2022 trade deadline is coming up on Tuesday, August 2, at 6 p.m. ET. We’ve already seen a flurry of big moves happening around the league and it sounds like there are plenty more to come, perhaps involving some surprising players.

The San Francisco Giants are sitting just under .500 and would need a lot of help and luck in order to get serious about a playoff run. That’s why, according to the NY Post’s Jon Heyman, they might be big sellers at the trade deadline this year.

#SFGiants also now listening on their veterans. Carlos Rodon and Joc Pederson are among obvious candidates if they do sell. Rodon has an opt out and Pederson is free after the year.

Per Heyman, the Giants are “now listening on their veterans,” which includes Carlos Rodon and Joc Pederson. Heyman notes that Rodon has an opt-out clause in his contract and Pederson is a free agent after this season.

Rodon signed a two-year, $44 million contract with the Giants before this season. So far he’s gone 8-6 in 20 starts with 148 strikeouts and a 3.18 ERA. The 29-year-old was named as the MLB All-Star Game roster replacement.

It would be quite the turn for Rodon, who went 13-5 and threw a no-hitter for the Chicago White Sox a year ago before cashing in with this deal. He’s certainly had some interesting moments with San Francisco this season, though there have been some frustrations as well.

We’ll see if the Giants get any offers good enough to move Rodon or anyone else on the roster. In the meantime, the news that the left-hander was potentially available got a lot of people around the MLB world talking.

Hearing similarly that SFGiants open for pretty much anyone not Logan Webb on roster (have few 10-5 guys too). But doesn't guarantee will sell. Didn't sell walk-yr MadBum/Will Smith in '19 when teetering in playoff race. Rodon is health concern but high-end SP is in big demand https://t.co/AqYd8NwyZi

Depending on the cost, Rodon would be awesome. https://t.co/YYt6veFW7r

I will take one Rodon and one Pederson to go, please! https://t.co/lQd2Tloc46

Get what you can and reload for next year. https://t.co/nQCgWoOVH2

Rooting for Carlos Rodon to be traded so that he can't be tied to draft pick compensation after the season: https://t.co/M3v8LRvHTT https://t.co/xfavU66K6q