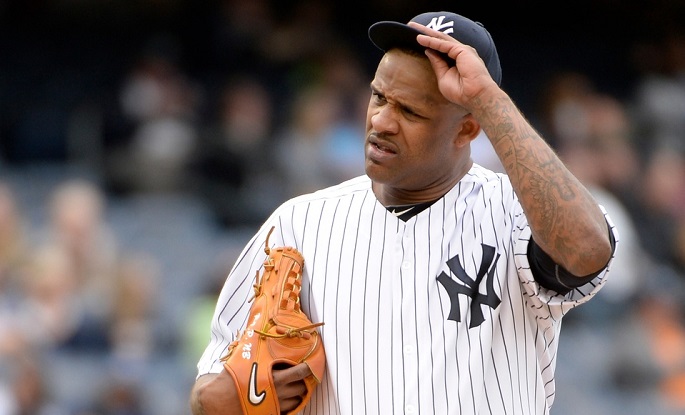 Alcoholism is no joke for anybody, be it your uncle, neighbor, a random person on the street or even a big league baseball player. CC Sabathia stepped away from the New York Yankees last October to check into a rehab for alcohol addiction. His decision was a bold one given the Yankees were about to begin competing in the postseason. Now, with spring training in bloom, Sabathia is sharing an update on his ongoing battle with an essay in The Players’ Tribune.

“I’ve played in sold out stadiums. I’ve undergone numerous surgeries. And I’ve even pitched in the World Series,” Sabathia opens his essay. “But nothing scared me more than saying these three words: “I need help.””

Sabathia, like so many to deal with an alcohol problem before him, admitted to thinking he had no problem in the first place. He admitted to saying to those who expressed concern what they wanted to hear. He finally came to the breaking point in a hotel room last October and decided to admit he did indeed have a problem and it was time to handle it the right way.

I was in Baltimore at the time. It was the last Sunday of the regular season and we were about to start the playoffs. We’d gotten rained out on Friday, and I’d spent most of the weekend alone in my hotel room clearing out the minibar.

We had a game that day, but I knew that I wouldn’t be able to help my teammates if they needed me. I was struggling to function physically, but I also felt awful in so many other ways. It struck me how tired I was of feeling sick. And how exhausted I was after keeping this secret for so long. Then it finally hit me:

As Sabathia goes on, he explains the origin of his drinking problem. As many of us can problely relate on some level, alcohol brought out a looser personality, one that Sabathia felt made him more likeable and helped to overcome his non-outgoing personality.

What I really wanted was for people to like me, to get that validation. But because I wasn’t naturally outgoing, I turned to alcohol to try to bring my personality out. I mean, that’s why a lot of people use alcohol. But to me it always felt like I really needed it.

This started a downward spiral for Sabathia, who now recognises that people liked him simply for being himself. Of course, too often those with this problem come to those realizations too late. For Sabathia and others though, it is always better to come to this realization later as opposed to never. Sabathia started to feel he had a problem in 2012, but it would take a few more years to finally build up the courage to address it. Fortunately for Sabathia, he received immediate support and encouragement from his manager, Joe Girardi.

That Sunday, when I went into Joe Girardi’s office and told him I needed help, I was definitely worried. Here we were about to go to the playoffs, where arms are everything, and I was telling my boss that I physically and mentally couldn’t be a part of it.

When Joe said that, it felt like this tremendous weight had been lifted off of me.  I didn’t need to lie anymore. It was a blessing, really.

Sabathia says he spent 29 days in rehab and is now focused on living life and being a good father to his four children. Sabathia also hopes his story will help others coping with alcoholism seek the help they need.