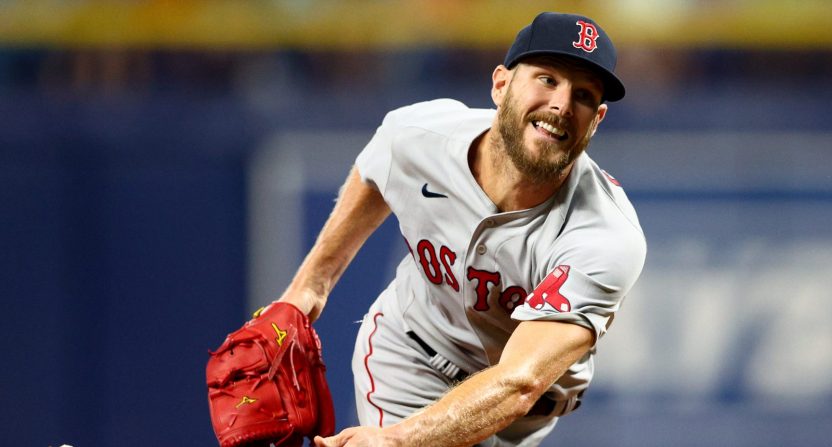 After just returning to the diamond against the Tampa Bay Rays, Chris Sale caught yet another bad break after the seven-time All-Star took a nasty line drive during the Boston Red Sox game against the New York Yankees on Sunday afternoon after less than two-thirds of an inning.

The sequence began when Yanks slugger Aaron Hicks was at the plate, hitting a whopping 106.7 mph line drive on a 1-1 count that drilled the Red Sox ace on his left pinky.

With the infielders coming to check on their pitcher’s status, Sale immediately knew he couldn’t continue as he headed straight towards the dugout — with the YES Network cameras showing off the gnarly injury.

Aaron Hicks smokes a line drive off Chris Sale's pinky to score another run. Sale appears to have broken his finger and he exits the game pic.twitter.com/FNDsWNVzBc

It’s safe to assume that Sale has suffered a broken or dislocated pinkie on his throwing hand which could result in him missing even more time.

The Red Sox are in fourth place in a crowded American League East. The club has — and certainly will —  miss Sale once his status is updated. In fact, he’s pitched just 48.1 big league innings since signing a five-year, $145 million contract extension in March 2019.

After tossing five shutout innings in his season debut against the Rays last week and looking back to his All-Star form, Sale was struggling against the Yankees in the first inning prior to the injury.