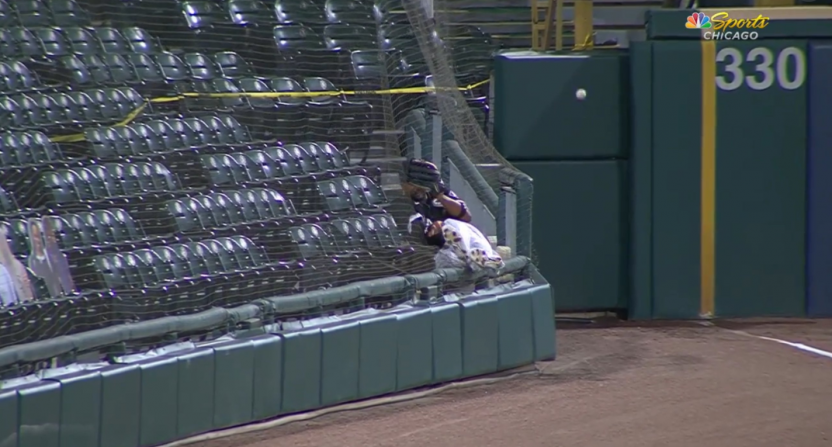 Christian Yelich entered Thursday with numbers as bad as any position player in baseball in the early going, but he caught a break in the Milwaukee Brewers’ game against the Chicago White Sox that will add a boost to his numbers.

In the top of the fifth inning, Yelich hit a flyball down the left field line that should’ve been an out. But White Sox left fielder Eloy Jimenez took a terrible route on the ball and whiffed on it. At that point, the play should’ve still been no more than a double, but Jimenez fell into the netting at Guaranteed Rate Field and struggled to get out. It turned into a game-tying inside-the-park home run for Yelich.

This comical play is unfortunately a great example of how Jimenez’s defense has looked in his first two major league seasons (he was worth -11 defensive runs saved last season, for example). And if he doesn’t start making clear strides soon defensively, the White Sox may have to accept that he’s better off as a designated hitter. He’s a tremendous hitting talent (31 homers as a rookie), so his bat will still provide enough value if they decide to permanently move him to DH (and it beats potentially *losing* them games with defense in left field).

As for Yelich, well, he badly needed a break like that.