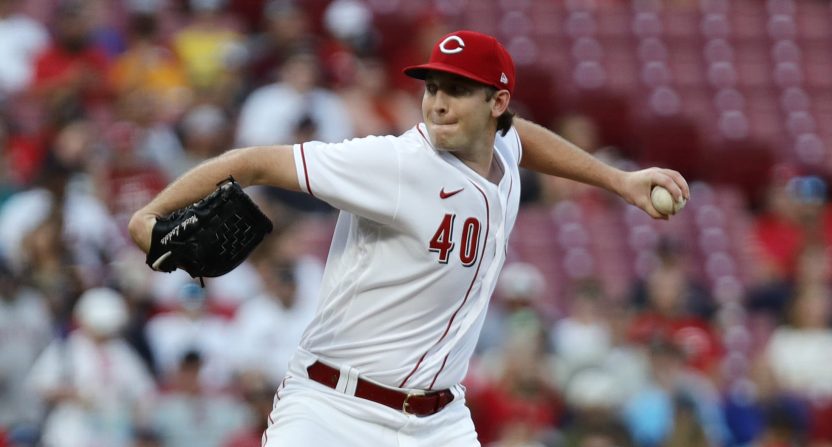 The Cincinnati Reds have one of the worst records in all of Major League Baseball this season, so it’s not totally surprising that the team would enter the league’s record books for a rather unfortunate reason. And that’s exactly what happened during Tuesday night’s game against the Boston Red Sox.

When Cincinnati starting Nick Lodolo hit Red Sox first baseman Yu Chang with a curveball in the fourth inning, the Reds broke the all-time MLB record for hitting the most batters in a single season, according to The Cincinnati Enquirer. It was the Reds’ 99th hit batter of the season, surpassing the record of 98 set by the Chicago Cubs last year.

There could not have been a more fitting pitcher to finish the record for the Reds as Lodolo currently leads the league in hit batters this season with 18. The 18 hit batters are the most of any Cincinnati Reds pitcher since Rube Benton hit 18 batters in 1912.

According to the Enquirer, 15 of those pitches have come on inside curveballs to right-handed batters, which Reds catcher Austin Romine attributes to Lodolo’s arm angle.

“It looks like it’s going to stop and it just keeps chasing them inside,” Romine said, according to the Enquirer. “Some of these guys are swinging at curveballs that almost hit their back leg. That tells you something right there.”

Regardless of how it happens, this is something that Lodolo and the Reds will want to clean up next season. This is certainly not a record they want to repeat.