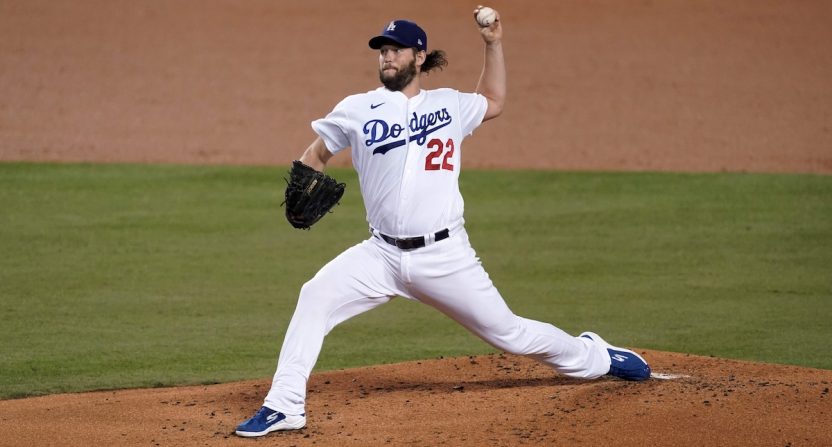 There’s still a long way to go for the Los Angeles Dodgers to fulfill their ambition for a 2020 World Series title. (Up next is a Division Series match-up against the winner of the Cardinals-Padres Wild Card series, which will be determined Friday.)

But with higher seeds in danger of losing a best-of-three opening round (the Minnesota Twins and Cleveland Indians did just that, and the Padres and Cubs could possibly join them), the fear among Dodgers fans for their team suffering another disappointing postseason defeat was very real.

Losing to the Milwaukee Brewers, who qualified for the National League’s final playoff spot with a 29-31 record, would have been especially disheartening when the Dodgers finished with MLB’s best record (43-17) and run differential (+136).

Two other major concerns followed the Dodgers into the 2020 postseason. First, is Kenley Jansen still capable of being the dominant closer needed in October? His Game 1 appearance and the lowest velocity of his career with his cutter (88.1 mph) won’t settle any anxiety. Manager Dave Roberts admitted Jansen didn’t look sharp, though walked that back a day later after watching video.

But the second worry is more important: Could Clayton Kershaw put his sub-par playoff performances behind him?

Thursday night, Kershaw settled fears of another bad postseason with one of the best games he’s ever pitched in October. The left-hander threw eight scoreless innings, allowing only three hits with 13 strikeouts and one walk. Had the Dodgers lost, they probably would’ve needed their bullpen to pitch most of Game 3, so Kershaw’s long outing was vital.

Granted, the Brewers had a terrible offense all season, compiling a .223 team average and .702 OPS. But they still had players who could come through with a big hit, notably 2018 NL MVP Christian Yelich — who had an inexplicably poor 2020 regular season with a .205/.356/.430 slash average. And the Dodgers’ inability to score runs in Game 2’s first four innings against Milwaukee’s Brandon Woodruff left an opening for the Brewers to steal a win.

But two players — one improbable, the other very much expected — came through in the fifth inning to make sure Kershaw’s effort wouldn’t be wasted.

With two runners on base and two outs in the inning, catcher Austin Barnes (.244 average, .644 OPS in the regular season) broke the scoreless with an RBI single. Mookie Betts (.292 average, .927 OPS, and very much a contender for NL MVP) followed up with a double that drove in two more runs to give Los Angeles a three-run lead they were unlikely to squander.

The Dodgers’ blockbuster addition has come through so far in the postseason, batting 3-for-7 (.429) with three doubles and three RBI. That’s been especially important with sluggers Cody Bellinger (.286) and Max Muncy (0-for-5, two walks) struggling.

Last October, he compiled a 7.11 ERA in two appearances, including a disastrous one-third of an inning in Game 5 of the NLDS versus the Washington Nationals. Pitching in relief, Kershaw served up back-to-back homers to Anthony Rendon and Juan Soto, blowing a 3-1 lead. That added to a postseason record (10-11, 4.22 ERA) and narrative which has stained Kershaw’s otherwise sterling career.

Unbelievable! Rendon and Soto go back-to-back off Kershaw in the eighth to tie it 3-3 and silence Dodger Stadium 😱

Unfair? Maybe. It certainly feels harsh. But when one of baseball’s best pitchers wilts under the bright spotlight, failing to excel when it matters most, that’s going to be part of the story. Kershaw knows it too. He said as much after losing to the Nationals last season.

“Everything people say is true right now about the postseason. I understand that,” he told reporters. Nothing I can do about it right now. It’s a terrible feeling, it really is.”

That’s one hell of an emotional burden to carry, even if the Dodgers have failed to fulfill their promise as a team. But that weight can be shrugged off his shoulders with a good postseason performance this time around. And he’ll float along with the rest of the Dodgers and their fans if it contributes to winning a World Series championship.