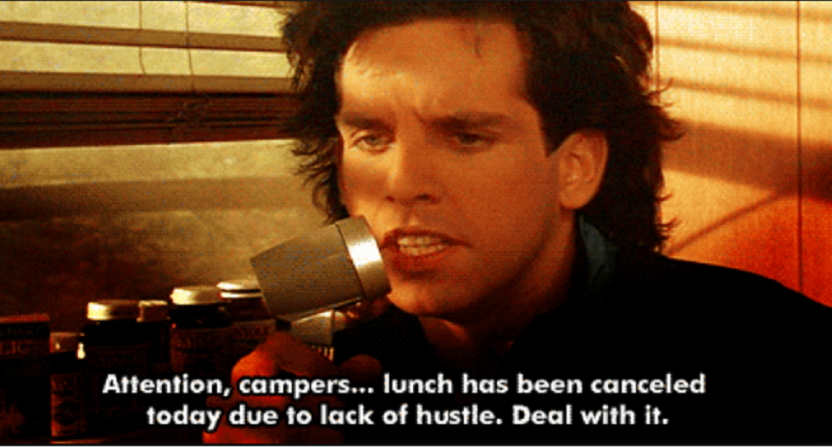 The Los Angeles Dodgers are currently a 12-15, .444 winning percentage baseball team. The Los Angeles Dodgers should not be a 12-15, .444 winning percentage baseball team. They won an MLB-best 104 games in 2017 and went to Game 7 of the World Series. Entering the 2018 season, FanGraphs had them projected to win 94.6 games, and projected to win the NL West by 14 games.

But they’ve played poorly, and there are some concerns. The most obvious concern is that, while the Dodgers have played poorly, the Arizona Diamondbacks have played tremendously. The Diamondbacks are 19-8 — good for the best record in the NL and second-best record in MLB — and are seven games up on the Dodgers. Yes, we’re still in April, but seven games is not insignificant, especially when you consider that the Diamondbacks truly look like a very good baseball team.

Additionally, Justin Turner is out for at least a few more weeks with a broken wrist, and we don’t know if he’ll return as the same elite hitter; wrist injuries frequently sap power. Dodgers closer Kenley Jansen has allowed six earned runs in 9 2/3 innings (he allowed 10 ER in 68 1/3 last year), and his velocity has been down. Rich Hill — the Dodgers’ No. 3 starter — is on the disabled list, as he frequently is. Yasiel Puig went on the disabled list on Sunday with a left hip contusion.

So, they have all those issues, and now they have drama. Star second-year first baseman Cody Bellinger crushed a ball into “triples alley” at AT&T Park in the fifth inning on Sunday against the San Francisco Giants, but only ended up with a double.

Here’s the double in question in regards to Bellinger’s benching.

Bellinger likely thought he hit a home run, but the fence is like a billion feet away out there (though it’s not an issue for Mac Williamson), so the ball stayed in play. Bellinger should’ve had a better effort running out of the box, but he certainly isn’t the first guy to think he hit a home run and not go 100% on the basepaths. It’s also worth remembering that it’s only April, and Bellinger is hugely important to the Dodgers.

Well, Dodgers manager Dave Roberts was so unhappy with Bellinger’s lack of hustle that he pulled the 22-year-old from the game at the end of the half inning.

“I felt there wasn’t hustle on the play — the ball that he hit 421 feet into right-center field, and he cruised into second base. He plays every day, and there’s certain expectations for the way we have to play the game. When you don’t abide by that, we’ll get somebody in there that will. It’s pretty simple.”

This seems a bit extreme. Should Bellinger be hustling? Of course. Should Roberts let Bellinger know that? Sure. Is pulling him from the game the right call? Some people will say yes, but you can prove the point to a young player without taking him out of a game and humiliating him. Talk to him in the dugout or behind closed doors. Additionally, the Dodgers were down four runs (they would end up losing 4-2) and could’ve really used Bellinger’s bat in the lineup the rest of the game, especially with Turner and Puig out. They aren’t really in a position right now to remove stars from the game to make a point; they need wins.

Oh, and Bellinger wasn’t very happy about it, saying  that he “always” hustles and being benched “didn’t make sense” to him.

He added, “I don’t think anyone can tell me how to play. I’ve always played hard.”

Cody Bellinger was polite but defiant: "I’m always hustling. It just didn’t make sense to me, but I get it, as well. He’s trying to prove a point."

Plus: "I don’t think anyone can tell me how to play. I’ve always played hard."

Bellinger also said that, with the Dodgers down four runs, he didn’t want to risk making an out at third base to start the inning.

.@Cody_Bellinger on being removed from the game in the 5th inning. pic.twitter.com/D0B70Obubs

“I got in the dugout, and he said I was out of the game. I didn’t know any reason. Just put on my jacket, went up to the railing and watched the game. I’ve always played the game hard. I kind of took a big swing on the curveball, ended up on my knee. We’re down four runs. I’m not trying to make an out on the bases going to third. He saw what he saw. It’s all good. I’m never going to dog that. Obviously, it’s ‘Triples Alley.’ That’s what they call it. We’re down four. That was my reasoning. It was his decision. I can’t say anything against it.”

Bellinger and Roberts will likely talk this over some more and clear this up, but drama is about the last thing the Dodgers need right now.

And the Dodgers certainly need Bellinger in the lineup on Monday, when they begin what should be viewed as a huge — yes, even in April/early May — four-game series against the Diamondbacks in Arizona. If Arizona wins that series, they’ll have at least a nine-game lead  (11 if a sweep) on the Dodgers in the NL West.