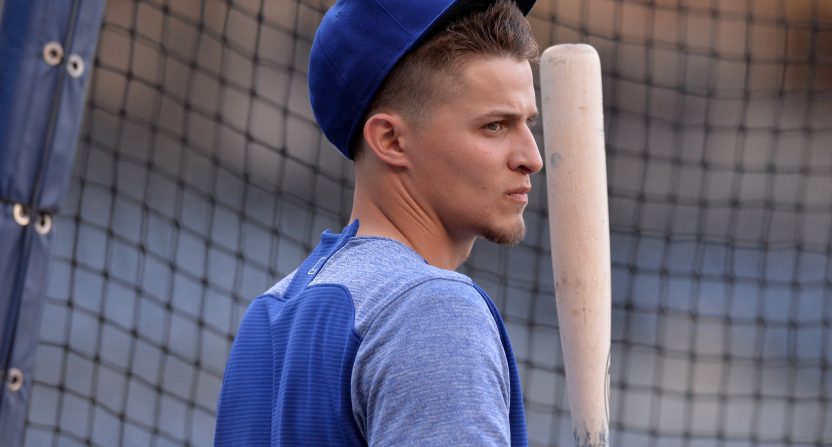 The Los Angeles Dodgers, fresh off five straight NL West titles and a National League pennant, are off to an awful start to the season. Justin Turner is out. Kenley Jansen has struggled. Rich Hill and Yasiel Puig are on the disabled list. Cody Bellinger has been benched for failing to hustle. The team’s record stands a mere 12-15. And on Monday, just when things seemed about as bad as they could be, they got a whole lot worse.

Corey Seager, the 24-year-old shortstop who has been the team’s best position player each of the past two seasons, will undergo Tommy John surgery and miss the rest of the year, the Dodgers announced on Twitter.

Today, the Dodgers recalled Breyvic Valera from Triple-A Oklahoma City and placed Corey Seager on the 10-day DL with a right UCL sprain. Seager will undergo Tommy John surgery and will miss the remainder of the season.

And just like that, Los Angeles’ status as the undisputed favorite in the NL West, and one of the best teams in the National League, is gone. The Dodgers now find themselves in fourth place in their division, seven games back of the Arizona Diamondbacks, forced to make up that ground without their most irreplaceable player.

Obviously one guy alone can’t make or break a baseball season, but Corey Seager is pretty damn good. Here is the complete list of position players who have been worth more wins above replacement, per FanGraphs, than the Dodgers shortstop since the start of his 2016 rookie season:

That’s it. That’s the whole list. There is an argument to be made that Seager is a top-five player in the league. Now he disappears from the Dodgers’ lineup.

That said, Dodgers fans need not give up on the season quite yet. As numerous people have already pointed out, Seager’s injury makes Los Angeles the perfect destination for Orioles shortstop Manny Machado, who will be a free agent at the end of the season and figures to be on the trading block this summer.

In the meantime, the Dodgers will piece things together on the left side of the infield as best they can. It’s likely that Chris Taylor will see most of the reps at shortstop, with Enrique Hernandez and Alex Verdugo seeing more time at Taylor’s usual centerfield position. Some of the lineups manager Dave Roberts trots out could be ugly. When fully healthy, the Dodgers’ eight position players are:

With their current suite of injuries, the group looks like this:

The Dodgers still have a large payroll, plenty of veterans and a pitching staff led by Clayton Kershaw, and their fans will still expect them to make the playoffs. But between the poor start and the injuries, their hold on the NL West looks more tenuous than it has in quite a while.