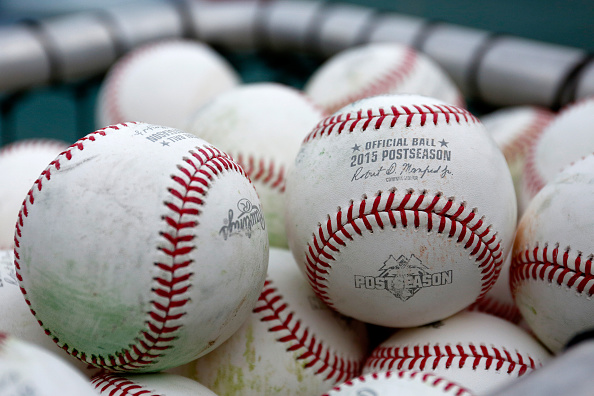 Over the last few years, an unprecedented wave of Cuban baseball players have immigrated to America and signed with Major-League organizations. This has been great for the sport, which has been infused with stars like Yasiel Puig, Jose Abreu, Aroldis Chapman, Yoenis Cespedes and more, but it has also created a mortally dangerous market for Cuban imports.

Puig’s journey to the U.S. has been well-chronicled. It included kidnapping, ransom, human trafficking, more kidnapping, extortion, death threats and more harrowing details. And stories like Puig’s aren’t altogether uncommon. Now, another Cuban prospect, 16-year-old Lazarito Armenteros, is facing a situation so dire his American agent has ceased to represent him, according to Fox Sports’ Ken Rosenthal and J.P. Morosi.

Charles Hairston, who has been the player’s negotiating representative in discussions with major-league clubs, told FOX Sports on Monday night that his life was threatened by the Dominican Republic-based investor who represents Lazarito. Hairston said that his agency, at least for now, no longer would represent the player.

Hairston declined to identify the Dominican Republic-based investor, or “buscon,” citing concerns for the safety of his co-workers.

“Buscones” or “finders” help recently defected Cuban players with shelter and clothing while they wait to strike it big in America, in exchange for a cut of future earnings.

According to Fox, Lazarito’s buscon wants the player to sign with a team as soon as possible, while Hairston and his company advocate waiting until July 2, when the new international spending period begins and more teams would be able to bid more aggressively for his services.

Hairston said that the tension between his agency and the buscon escalated after more than 140 scouts attended Lazarito’s showcase earlier this month at the Padres’ complex in San Cristobal, Dominican Republic.

“I feel for the kid. He is truly special. We are still looking forward to working with him when he comes to the United States once his situation is resolved,” said Hairston, who is part of a family that has sent three generations of players to the majors, including his uncle, Jerry Hairston Sr., and cousins, Jerry Hairston Jr. and Scott Hairston.

“We already have several sponsorship and major endorsement deals lined up for him, not to mention his own clothing line which we are launching soon. But when his safety and ours is put in jeopardy, we had to think about what is most important in life.”

So for now Lazarito, who established residency in Haiti, waits in the Dominican Republic, somewhat against his will, controlled by someone not necessarily looking out for his best interests. Here’s a kid barely old enough to drive in the U.S. being tugged back and forth by seedy, wholly unregulated characters seeking to exploit him for all they can.

Of all the baseball-related issues we argue over — pace of play, instant replay, the designated hitter, the arbitration process, television blackouts, slides into second base, Pete Rose’s eligibility, PEDs, etc. — none has the life/death importance of the safe passage of Cuban players to America. From the Fox story:

Against that backdrop, it’s conceivable that American and Cuban officials, in concert with MLB and the MLB Players Association, could agree on a method for the safe passage of Cuban players that includes a fee paid to the Cuban government.

It’s unclear if the U.S. embargo against Cuba would need to be lifted by Congress in order for such a change to occur. A Congressional vote of that magnitude would be unexpected during a presidential election year.

Commissioner Rob Manfred has a lot on his plate, but it’s hard to argue anything he does will matter more than figuring out a way to remove buscones from Cuban migration and regulate the process of Cuban players coming to the U.S. in a way that prevents disasters like that of Lazarito.