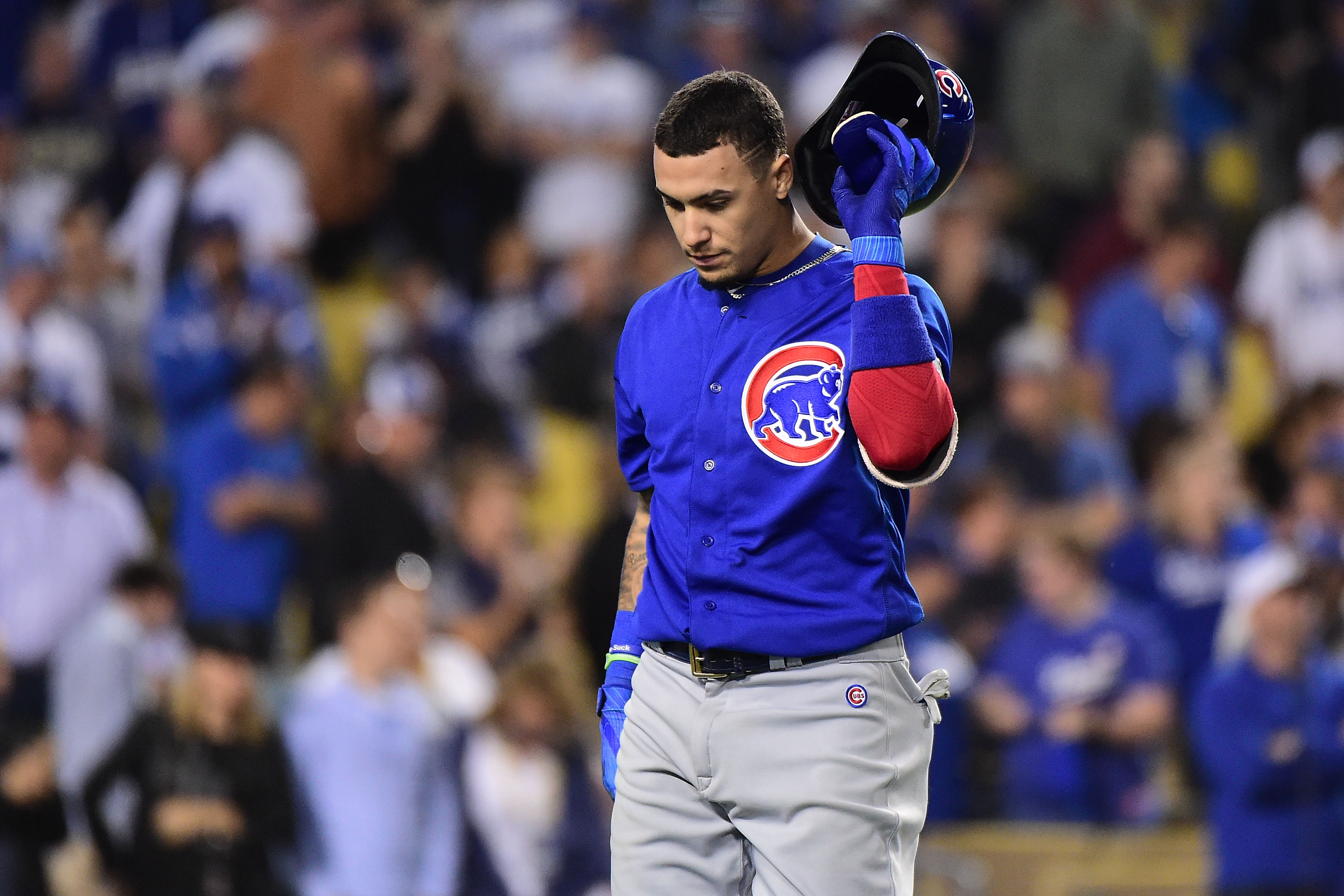 This has felt like the Cubs’ year just about all season. Chicago won 103 games, topping their division by 17.5 games and finishing eight games better than any other team in baseball, then beat the Giants in four games in the NLDS and took Game 1 from the Dodgers in the NLCS. All looked good in Wrigleyville.

But now the Cubs have lost two straight, including 6-0 Tuesday night against L.A., and fans are acting as if the sky is falling on the north side.

This isn’t one of those things where we cherry-pick five crazy tweets to make our point. All of baseball Twitter right now seems to be either Cubs fans burning Anthony Rizzo in effigy or sane Cubs fans telling their less level-headed counterparts to chill.

From outrageous lineup suggestions to sky-is-falling outrage, here’s a sampling of crazy tweets from Cubs faithful:

@Buster_ESPN your boy Theo Epstein has an eye for good players he doesn't however have an eye for clutch players. Much more important

That one hurt more than game 6, 2003. Then @GoToBedLogan was 4 asking me why I was crying. Tonight he discovered why. #cubs please end this.

@ESPNChiCubs can't wait for the media soft questions to Maddon, Arrieta and Rizzo. What were you thinking at that moment?

@si_mlb MOVE RIZZO 3 HOLE AND PUT ZOB IN 4 HOLE . JOE MADDON IS GETTING OUT MANAGED

@si_mlb SORRY JOE MADDON MENTALY YOURE TEAM IS SUCCUMBING TO THE PRESSURE OF WINNING THE WHOLE DAMN THING , SOCIAL MEDIA AND TALK IS DONE

@joe_sheehan if the cubs lose this game, they might as well forfeit the series. No team has ever won 3 out of 4 games.

We shouldn’t laugh at Cubs fans, who have waited a very, very long time for a team this good and are terrified of watching it slip away. But there’s a lot of series left, and maybe we should wait just a bit before we panic.

Game 4 of the NLCS, which does look like a near-must-win for the Cubs, will be played Wednesday night.