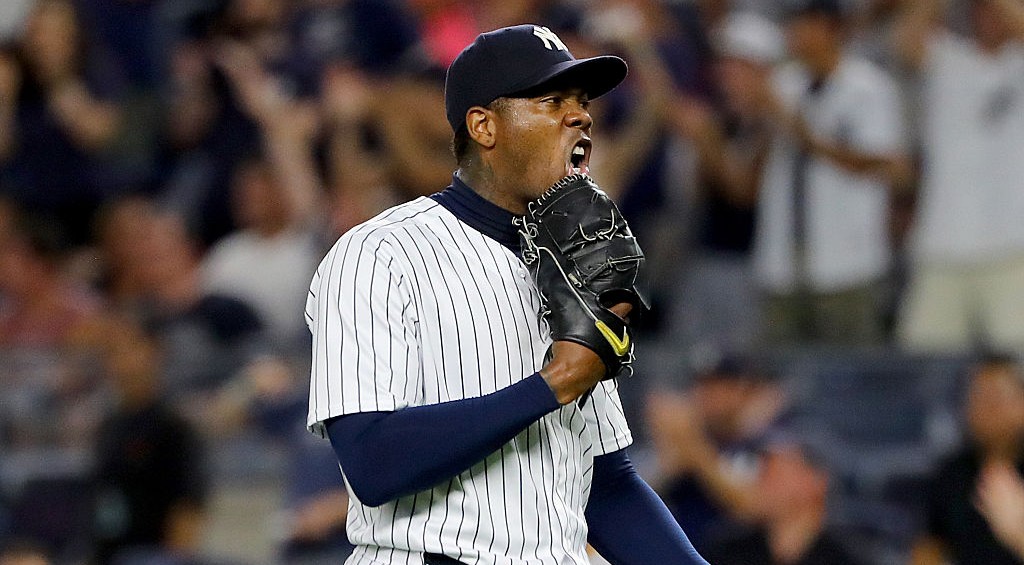 It had been brewing for a little while now, but the New York Yankees have pulled the trigger on a trade involving reliever Aroldis Chapman. He’s heading back to the National League Central to play for the Chicago Cubs, with the Yankees getting four players in return.

According to multiple baseball reporters out there, the Cubs will send Gleyber Torres, Adam Warren, Billy McKinney, and Rashad Crawford to the Yankees in exchange for Chapman, who will help solidify the backend of the Cubs bullpen in the second half of the season.

There are some indications the Cubs have already started to get the work going on signing Chapman to a contract extension. Chapman’s contract is set to expire at the end of the 2016 season, so it makes sense the Cubs would try to lock him in for a few more years after sending away four players. Yes, the Cubs are going all in on this season, and adding Chapman helps prove how serious the Cubs are taking this season.

What’s interesting to note is the Yankees reportedly tried to work their own contract extension deal with Chapman, but he refused.

yankees tried to talk extension with chapman, and when he declined to do so, it helped sway yanks to trade him

That makes sense if you are Chapman. With this being a contract year, it might be wise to see what offers are out there. Sure, the Yankees may have a history of overpaying for players, but the Cubs have some serious money too. The Cubs also have a better chance to win something now compared to the Yankees.

And as if you needed any other evidence to make this point perfectly clear, the Yankees have begun a rebuilding project. Torres is just 19 years old but is viewed as a very valuable prospect the Yankees could build around in the future. He’s only in single-A ball right now, so he may still be a few years removed from making any impact in the Bronx, but the Yankees could use some new blood in the pipeline.

The Cubs have strong prospects littered throughout the farm system, which is part of the reason for their recent success. The Yankees used to be in that kind of position but are working to get back there now.

There are still a few more days until the trade deadline, baseball fans. There could be more on the way!