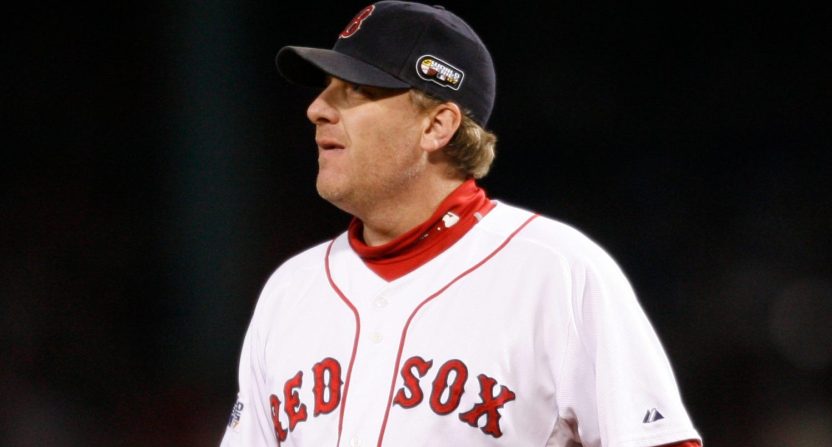 During the 2004 ALCS, former Boston Red Sox starting pitcher Curt Schilling gave the Major League Baseball world one of the most iconic moments of the bitter rivalry between Boston and the New York Yankees when he allowed just one run over seven innings pitched while bleeding profusely from his foot.

The “bloody sock game” is now one of the more iconic moments in MLB history. Recently, however, some fans have begun to question the authenticity of Schilling’s injury. But during an appearance on OutKick’s “Don’t @ Me with Dan Dakich,” Schilling clapped back – and took a shot at “liberal”  Yankees fans in the process.

“It showed me how little real people understand about athletics. Most of them, 99% of them, were bitter, liberal New York Yankee fans,” Schilling told Dakich, according to Fox News. “I get it. They choked, they lost, they sucked. Too bad. They have the tag as the biggest choke in the history of sports forever, no matter what they do.”

Schilling revealed that he finds it ridiculous that fans claim the bloody injury was staged.

“The thought that I would even be paying attention to my ankle in a game that we were playing win-or-go-home, it was a problem only that I knew it was bleeding and all things that go with that. But I’m on camera for every minute of every inning,” Schilling said. “Did I have a dropper with Heinz in it or a ketchup bottle by the bench? It was humorous, but it also showed you just how ignorant fans are to what it takes to play at that level.”

Whether the injury was staged or not, Schilling’s performance will live on in MLB history.