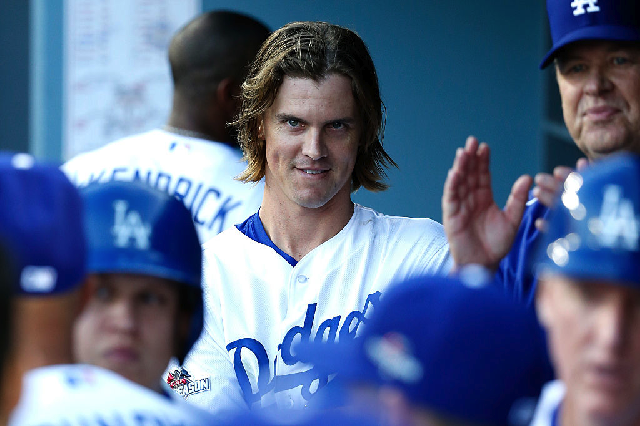 While considered a non-contender by many in the league this off-season, the Arizona Diamondbacks have been consistently trying to improve their team, particularly the starting rotation. Of known interest were Shelby Miller of the Braves (for whom Atlanta wanted A.J. Pollock, which was an easy no for Arizona) and Johnny Cueto, offered a six-year, $120M deal that was declined.

Greinke was a significantly higher target than the Diamondbacks’ first choice and thus received a substantial amount more, an MLB-record per year value of $34M per season and $206M total over six years. Some of this cost has been deferred to future years.

Arizona was ninth in MLB in OPS and eighth in runs scored last season, but 19th in runs allowed and its starting pitchers in particular were 26th in the majors in OPS allowed. More than any other position, the starting rotation was the obvious target for improvement. 12 pitchers made starts for the Diamondbacks in 2015 and only Patrick Corbin (3.60 ERA, 78 K’s in 85 IP) and rookie Robbie Ray (3.52 ERA, 119 K’s in 127.2 IP) were good enough to guarantee a rotation spot for next season and neither were good enough to grab the title of ace.

The Diamondbacks do have a few other options, including the young Archie Bradley, Chase Anderson and Rubby De La Rosa. But obviously no one compares to Greinke, the second-best pitcher in the NL, according to the BBWAA. For those who missed the 2015 season, Greinke posted a 1.66 ERA in 222.2 innings, striking out 200 and winning 19 for a WAR of 9.3.

If there is one problem with Greinke, it is that he is already 31 years old with over 2,000 innings under his belt already. But unlike many pitchers, he has improved since turning 30. This past season was his best since winning the AL Cy Young Award in 2009 with Kansas City, and his last three years have been nearly as good as any three in his career with 17.5 WAR between them (19.2 WAR between 2008-10). 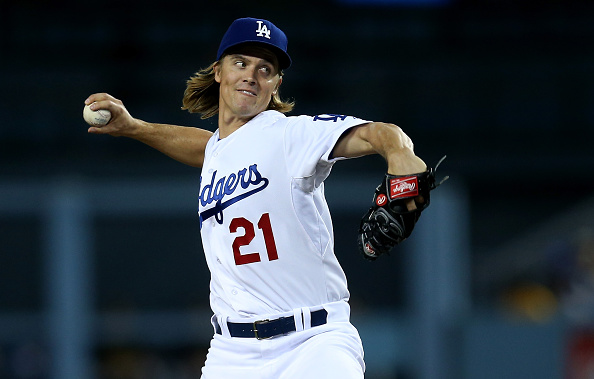 As with any mega-deal, the danger to the team lies in the later years as Greinke will be 37 when this contract ends. In each year of the deal, the Diamondbacks will also pay Greinke half the amount that the Marlins paid their entire roster in 2015. Of course, that’s far in the future when all teams will have diamonds on their pants and teal shoes.

For the moment, the Diamondbacks looked poised for at least a run at the NL West without any further changes at all. While the NL play-off picture was very anticlimactic thanks to the NL Central taking commanding leads in both Wild Card spots early on, Arizona stuck around near .500 all season. They finished 79-83, thirteen games behind Los Angeles, but only five behind San Francisco in third place. Given the talent and youth of Arizona’s roster, they should have been expected to make an improvement on that finish without any changes and they couldn’t have possibly made a bigger change with one player.

Simply placing Greinke in the rotation to replace one of the less than quality starters should make a dramatic difference for Arizona even if he doesn’t repeat his 2015 numbers, but they don’t appear to be done yet. Prior to signing Greinke, the Diamondbacks were also in talks with Mike Leake and they appear to still be interested. Leake doesn’t have the numbers of Greinke, but is younger and now that both the Giants and Dodgers are still looking for rotational help after missing out on Greinke, David Price, John Lackey and Jordan Zimmermann, Leake’s price could go higher than originally expected.

Even if it isn’t Leake, the Diamondbacks are still looking for a second starter addition as well as a reliever. But with Greinke already signed, they have a leg up on the competition. They no longer need an ace, who could cost them one of their superstar hitters like Pollock, but just a middle-of-the-rotation man. This should come at a considerably cheaper price and the D-Backs have already shown they are willing to spend. Just because this is one of the biggest moves made so far this off-season, don’t expect Arizona to be done yet.