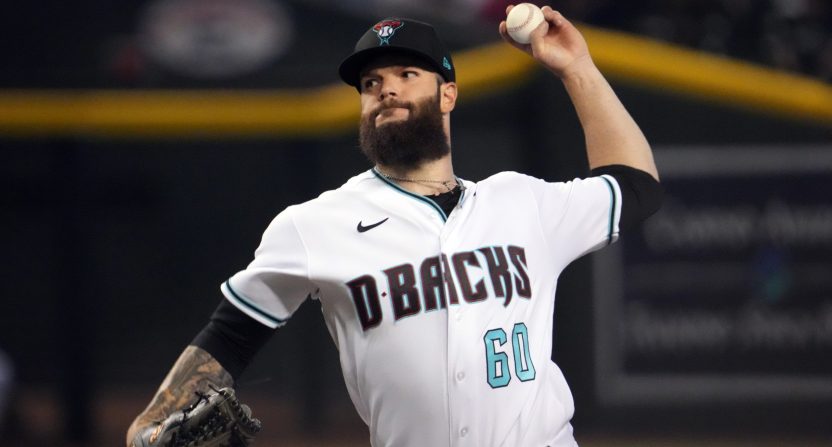 On May 28, Keuchel was designated for assignment by the Chicago White Sox after putting together a 7.88 ERA in over 32 innings pitched (eight starts). That’s after he signed a three-year, $55.5 million deal with the White Sox ahead of the 2020 season.

Well, Keuchel was scooped up by the Arizona Diamondbacks on a minor-league deal on June 6. And it didn’t go any better for Keuchel in Arizona. The left-hander made four starts with the Diamondbacks and allowed 20 earned runs over 18 2/3 innings pitched, making for a 9.64 ERA. In his last start, he allowed seven earned runs in 2 1/3 innings pitched against the San Francisco Giants.

And now the Diamondbacks have DFA’d Keuchel too.

Left-hander Dallas Keuchel has been designated for assignment by the Arizona Diamondbacks, sources tell ESPN. He had been DFA'd earlier this year by the White Sox and caught on with the Diamondbacks but struggled in four starts. He'll clear waivers and be a free agent again.

The two-time All-Star was named the AL Cy Young in 2015 with the Houston Astros. He went 20-8 with a 2.48 ERA and was worth 6.5 wins above replacement (WAR) that season, per Baseball Reference.

Keuche’s never been a hard thrower, but going from averaging 90 mph for most of his career to averaging 88 mph now is certainly making things very tough for him. He has even less room for error than before and without the command of his better years. Along with getting crushed when his pitches are in the strike zone, he also has a career-worst walk rate of 10.7%.

It’s hard to imagine a contending team having interest in Keuchel the rest of this season (if ever again), but perhaps a bad team in desperate search of innings to get through the season will give him a chance. Then again, even the 40-52 Diamondbacks decided they’d had enough.