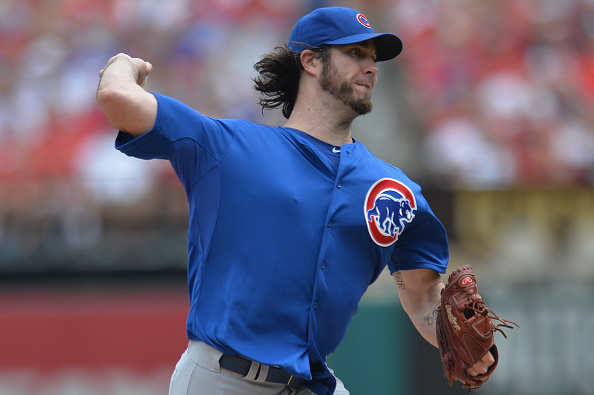 There may be no more boring exercise activity than getting on the exercise bike. If you are going to be on a bike, you ideally would prefer to be moving somewhere, on a trail or down the road or following a path through a park. On an exercise bike you can let your mind wonder, but there is not much to distract you. You can watch TV or listen to your iTunes library on your phone, or you can even read a book.

Better yet, if you are veteran MLB pitcher Dan Haren, you can take to Twitter and share some random thoughts and memories from your baseball career to kill the time. Haren did that Monday, and we all benefitted from a stroll through Haren’s stream of consciousness.

I'm on an exercise bike, bored, so here are some things about my baseball career that come to mind……

There's was atleast 3-4 times I thought the team plane was gonna crash.

That sounds like something George Costanza has thought about…

I would count out the days about a month in advance to see if I was gonna pitch in Coors field.

The thin Colorado air may not be as big a factor as it used to be (yay humidors!), but we now know it is officially in some pitchers’ heads.

One of my favorite moment ever was hitting a homer off Chris carpenter. I took my time running the bases.

You deserved it, Dan. That homer came in 2010, and was actually the second of his career.

I gave up 11 runs in Toronto and got the win one time.

I had to take Imodium most days I pitched to plug myself up.

My only superstition was to make sure I had 2 glasses of wine the night before I pitched. This ties in with the Imodium,

Why the hell did Bj Upton hit so many homers off me….. This probably ties into the last tweet as well. I did much better facing Melvin

Ahh, good one there. Upton hit six career home runs off Haren from 2006 through 2014. Then, after B.J. Upton changed his name to Melvin Upton last offseason, Haren kept him inside the yard in all three plate appearances between the two in 2015.

My threat to retire didn't quite work last offseason

And with that, Haren reached the end of his session on the exercise bike, and he moved on to work on his biceps and triceps. Thanks for the stories, Dan, and please give us advance warning the next time you are hopping on the exercise bike. Please. Pretty please.