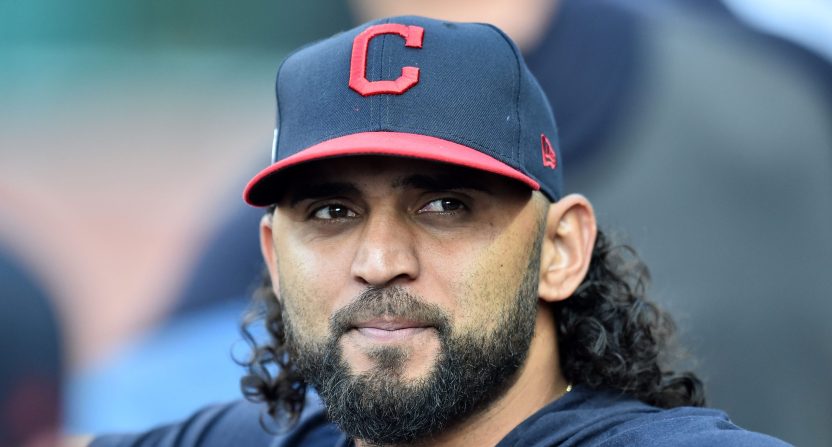 In a move that could really strengthen their pitching staff if everything works well, the New York Yankees have signed a former All-Star.

Danny Salazar, who pitched for the Cleveland Guardians (then the Cleveland Indians) from 2013-2017 and again in 2019, has been signed to a minor-league deal by the Yankees.

Salazar has a connection with the Yankees in pitching coach Matt Blake, who was a coach in Cleveland’s organization in 2015 and 2016. The two will certainly be working with each other in New York.

This move has Matt Blake written all over it https://t.co/vm0tOnxSU9

Give him to Matt Blake. https://t.co/BKEVVUmZFH

Overall, the move was met with cautious optimism.

Nice signing by the Yankees as they look to bolster their pitching depth https://t.co/eUmlOEDr7Y

Wow. Good for Danny. I hope he can stay healthy and revive his career. What should of been with him in Cleveland. https://t.co/LrQvJ4vPcf

The strikeout totals were no doubt enticing to the Yankees. In his career, Salazar has a K/9 rate of of 10.5. And while we haven’t seen him for a full MLB season since 2017 or at all since 2019, he’s only 32. If everything goes well, it would be quite a comeback story, but crazier things have happened.

Salazar is a low-risk option for the Yankees. It’s a minor-league contract, so it’s not for big money. If he struggles in his Minor League outings, the Yankees can simply release him and move on. But if he does perform well and shows even some of the form that he had in 2016, New York will have improved its pitching staff without having to trade anyone or even spend big money on a pitcher.

How Salazar will pitch remains to be seen. But regardless of how things play out, this is a savvy signing for the Yankees.