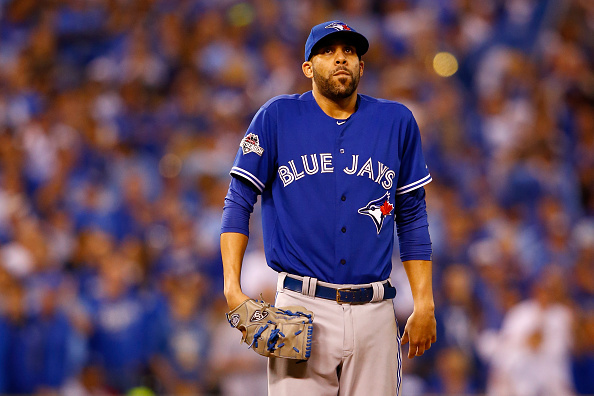 The Red Sox set a new record on Tuesday night when they signed David Price to a seven-year, $217 million deal (an average of $31 million per year), the highest ever for a starting pitcher. The previous high was the seven-year extension given to Clayton Kershaw by the Dodgers at $215 million, although Kershaw was signed prior to his age 26 season, not age 30 and was not yet a free agent, so the situations were considerably different.

Like the recent deals by the Dodgers for Kershaw (along with current free agent Zack Greinke) and the Marlins for Giancarlo Stanton, Price has been given an opt-out clause in this mega-deal after just the third year. While chances are he won’t need to do that (assuming he’s already past his prime and MLB inflation won’t triple over the next three years), it does show how much power has been given to the players in baseball negotiations.

With an incredible resume including five All-Star selections, two ERA titles (no seasons of an ERA above 3.60 since his rookie year in 2009), and a Cy Young Award in 2012, there was no question that he was going to get paid an astronomical amount of money, but exactly how much was the question. After Jordan Zimmermann signed for five years and $110 million earlier this week, however, a bar was set and Price surpassed it.

Probably the oddest thing about this deal was that the Red Sox were the signing team. While the new GM, Dave Dombrowski, does have history with Price, trading for him in 2014 and trading him away in 2015 with Detroit, it appears the Red Sox are attempting to turn a last-place team into a World Series contender in a single season. They have already added Craig Kimbrel in the bullpen for multiple prospects who looked to affect the major league roster in the near-future and now they are spending like a team ready to win right now.

Of course, Price is just one-fifth of the rotation and the next two most prominent pitchers behind him, Clay Buchholz and Rick Porcello, have provided varying degrees of value. Even with Price, it hardly seems like the Red Sox could put together a division-winning rotation. But who knows, maybe they have plans to give similar deals to Johnny Cueto and Jeff Samardzija.

While there is some hyperbole in there, there is major risk in giving a pitcher (or any player) the kind of money that the Red Sox have guaranteed Price at his age. For a quick comparison, Baseball-Reference lists Price’s three closest comparisons at age 29 as Johan Santana, Jered Weaver, and Roy Oswalt, three pitchers who were All-Stars in their own days. While there are so many variables and we can’t expect what happened to any one player to happen to another, we can still get an idea of the range of possibilities by looking at these three.

Oswalt didn’t win a Cy Young, but did take three consecutive All-Star selections into his age 30 season, leading the league in ERA in 2006 at the age of 28, and had an incredible season at the age of 29 as well. He lasted longer than Santana, pitching until he was 35, but his last season as a reliable starter was 2010, which he split between the Phillies and Astros at the age of 32. In his final three campaigns, Oswalt pitched 230.1 total innings with a 4.92 ERA after a 3.18 ERA through his first 10 seasons.

Our third comparison, Weaver, is still in baseball at the age of 32, but has seen a considerable decline in ability during each of his past four seasons. At 28, in 2011, he was arguably the best pitcher in the American League with a 2.41 ERA and a 7 WAR. By age 32, he has dropped to the back of the Angels rotation and in his most recent season, posted a 4.64 ERA in 159 innings with a career low 90 strikeouts.

This is not to say that Price will go the route of his colleagues, but there is a greater chance of that than of him turning into Phil Niekro and winning 287 games after turning 30. (Price could always develop a knuckleball to offset his 95 mph fastball.)

Luckily for many of the top spending teams in baseball, no one signed any of those three pitchers to a deal worth more than $200M for their 30- to 37-year-old seasons, but there is another recent comparison of a Dave Dombrowski signing in the later years. 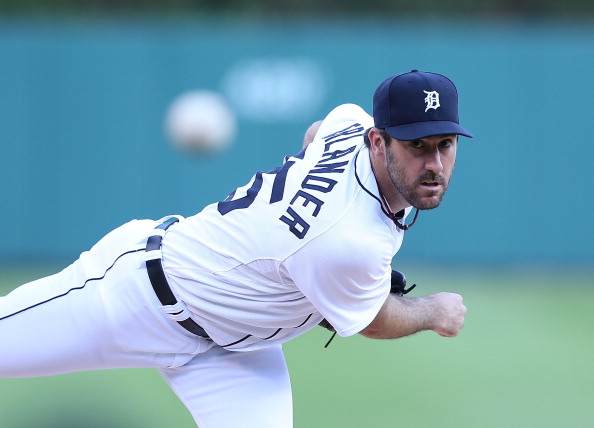 Going into his age 30 season, Justin Verlander was also a Cy Young Award winner, a five-time All-Star, and an ERA champion coming off two straight years of sub-2.70 ERAs. Like Price, he signed a seven-year deal heading into his age 30 season (2013) and we can already see some of the results. After a pretty good year in 2013 that earned him an All-Star nod, Verlander has fought ineffectiveness and injury in the past two seasons and while he has shown signs of his old self, he is certainly not a pitcher worth $28 million per year. In fact, pitchers of Verlander’s level the past two seasons have been going for about half that price and for only a year or two at a time.

The point of all this is that the Red Sox know all that and signed Price anyway. They know they aren’t really paying him $31M per year for seven years, but more like $72 million per year for the first three, then will have to just keep him on the roster for the next four. Taking WAR perhaps a bit too literally, Price has never been worth more than seven (6.9 in 2012) wins in a season and was worth about six in 2015. With nothing else changed, Boston just paid $217 million to push them to being an 84-win team, a number that was good enough for third place in the East this year and two games out of the second Wild Card.

Of course, life is not that simple, but trying to save a sinking cruise liner with some duct tape, even if it’s the best and most expensive duct tape in the world, is probably not going to work. Given that even the best (non-Niekro) starting pitchers begin a dramatic decline by age 33, the Red Sox will have very little time to make it work.