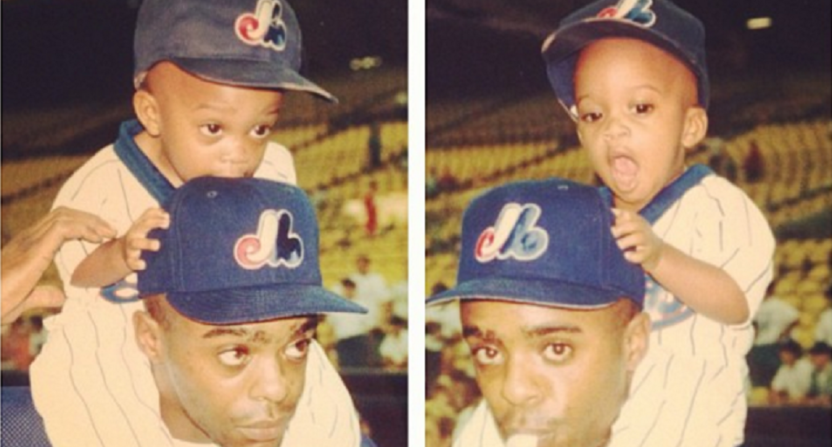 If you’re a baseball fan and are over 25, you probably remember Delino DeShields well.

His son, Delino DeShields Jr., is now in his third year in the big leagues as an outfielder for the Texas Rangers. And during the Rangers’ game against the Seattle Mariners on Saturday, Delino Jr. showed off some awesome Father’s Day cleats in honor of his dad: 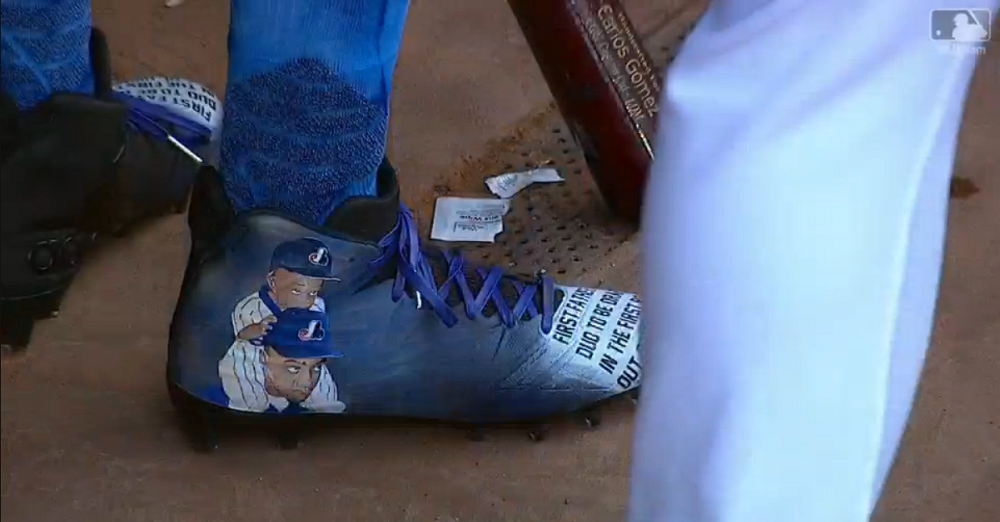 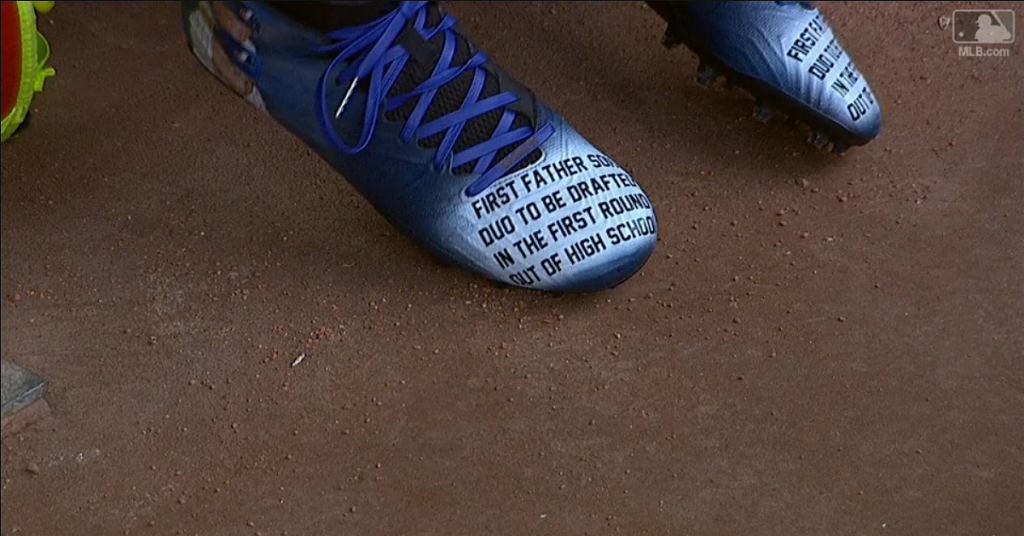 The design inspiration for the cleats comes from these awesome photos Delino Jr. shared on Father’s Day of 2013:

Delino Jr. also shared this heartfelt message about his dad on Instagram in 2015:

As most of you know this is my pops. I can say alot about this man. But I’ll try to stay short. My dad is the reason I’m so fortunate to be where I’m at this point in my life. He’s been an example and a role model to me my entire being. You know growing up as a son you want to grow up and be like your dad. It’s humbling now to understand what it’s like and I really believe over the course of my life our relationship continues to grow stronger and stronger. My dad and I have been through a lot together and I can’t lie it was hard being away from him when he was still playing ball. But I get it now. I understand his role that he has always played in my life. And looking back on things I wouldn’t change a thing. You along with my mom brought me into this world and without you Idk who I’d be. To my dad and my mentor I love you and I’m extremely grateful for you! And btw guys his smile is just as beautiful as my mom. he just doesn’t express it as much hah. #myman #teamdeshields @delinodeshields

That’s some good stuff. Happy Father’s Day to all you dads out there.