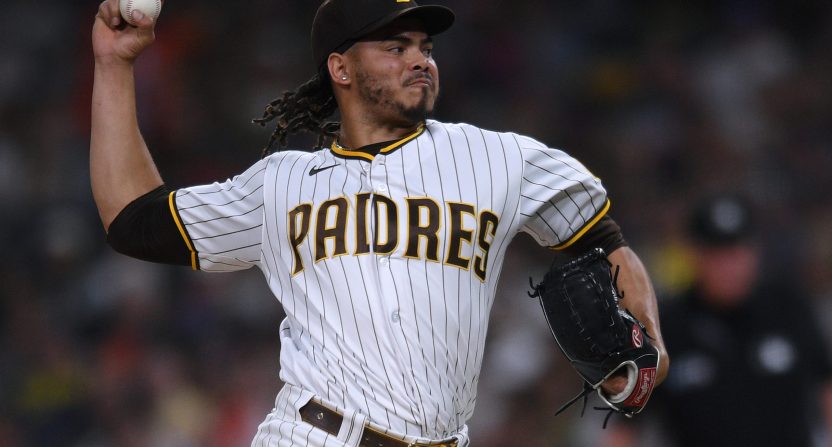 At one time, pitcher Dinelson Lamet was viewed as one of the top pitchers in all of Major League Baseball. However, after the San Diego Padres traded him to the Milwaukee Brewers in a trade for star reliever Josh Hader ahead of the MLB trade deadline, Lamet is now out of the big leagues entirely.

After receiving Lamet from the Padres, the Brewers decided to designate the pitcher for assignment, according to Brewers beat writer Adam McCalvy.

“Dinelson has a good arm and was included in the trade to help balance out the deal,” Brewers president of baseball operations David Stearns told McCalvy. “As subsequent transactions play out, the roster fit became a little tougher. We are hopeful we will be able to keep him in our system.”

For a time, Lamet was widely considered one the of top pitchers in all of baseball, boasting a high-90s fastball and a nasty slider with plenty of movement. For his first three seasons in San Diego, Lamet was a starter, and had a dazzling season in 2020, finishing fourth in the Cy Young voting with a 2.09 ERA and a 0.855 WHIP.

The following season, however, Lamet struggled a bit and was moved to the bullpen and finished the season with a 4.40 ERA and a 1.489 WHIP. Those struggles continued into the 2022 season where he’s posted a 9.49 ERA and a 2.027 WHIP in 13 appearances out of the bullpen.