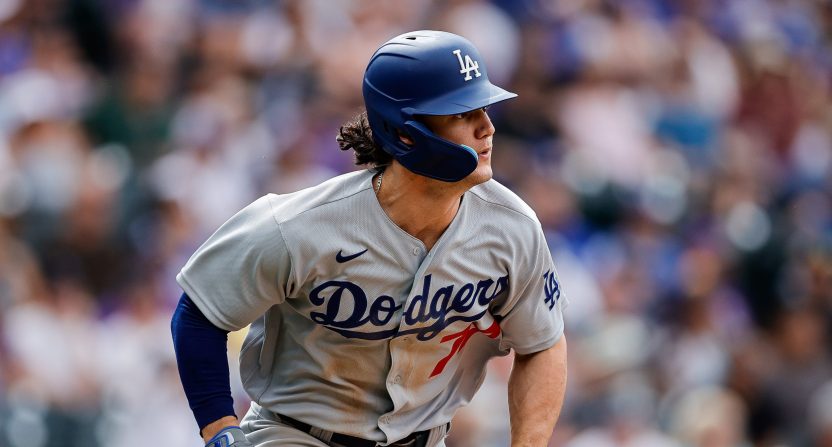 The Los Angeles Dodgers defeated the San Francisco Giants 8-2 on Monday. As the score would suggest, there was nothing terribly exciting about the game, it was an easy Los Angeles victory. The real story of the game came not with the final result but with the performance of James Outman, the Dodgers right fielder playing in just his second career game.

Outman went 2-for-2, drew a walk and was hit by a pitch on Monday. In his Major League debut against the Colorado Rockies on Sunday, Outman was 3-for-4 with a home run. The Dodgers have had 18 Rookie of the Year Award winners, more than double the next best team. But none of those rookies — nor any other rookie to take the field for the Dodgers over the last 100 years — has enjoyed that kind of start to his MLB career.

The Dodgers say James Outman is the first Dodger to reach base at least 3 times in each of his first 2 MLB games since Bernie Neis in 1920.

Outman is the first Dodger to reach base at least seven times through his first two career games since Casey Stengel in 1912. Outman has also scored four times in his first two games.

As would be expected with such an iconic start to a career, the MLB world was raving over Outman’s performance.

I feel like James Outman's last name is a lie.

James Outman in the Juan Soto trade would be interesting. Wonder what else the Nationals would give up to make it fair.

If Outman goes in a deal for Soto, some #Dodgers fans might actually be mad. 🤣

Outman was called up on Saturday to replace outfielder Zach McKinstry, who was sent to the Chicago Cubs in a trade for reliever Chris Martin.

Whatever issues that plagued him in Triple-A have not followed him to the majors. Outman has had no issues adjusting to Major League pitching. It will be interesting to see how long he can keep his hot streak going.