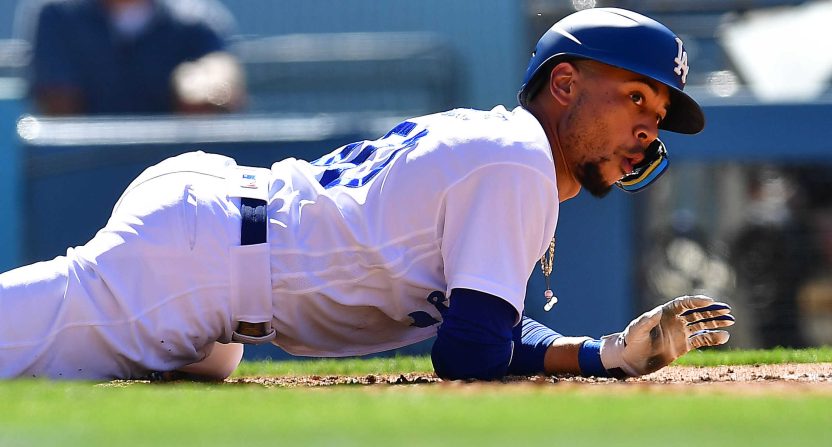 Five-time All-Star Mookie Betts has been out of action since June 15 due to a right rib fracture, but it appears that his return is not too far off.

Los Angeles Dodgers manager Dave Roberts told the media on Wednesday that he’s “very optimistic” Betts will return from the Injured List before the All-Star break (the MLB All-Star Game is on July 19).

However, Betts is likely to be a designated hitter initially as he eases his way back into action and gets to full health. The throwing has been more of an issue for Betts than the hitting.

Sounds like he will return initially in more of a DH role, because throwing has been more bothersome for him than swinging

The Dodgers will certainly take Betts’ contributions any way they can get the help. On Monday night, for example, they were shut out at hitter’s paradise Coors Field by Chad Kuhl. The Los Angeles lineup — while stil very good — just doesn’t have the same power and on-base (and baserunning) skills without their $365 million in the lineup.

But they’re definitely missing Betts’ defense in the outfield too. The five-time Gold Glove award winner has been worth a strong five defensive runs saved (DRS) in right field this season.

So, the Dodgers will hope to get the full-use Betts in the next month or two, but they should at least get his .884 OPS bat back over the next 2-3 weeks.

The Dodgers entered Wednesday night’s game against the Rockies with a 45-28 record, the best mark in the NL West (one game ahead of the San Diego Padres).