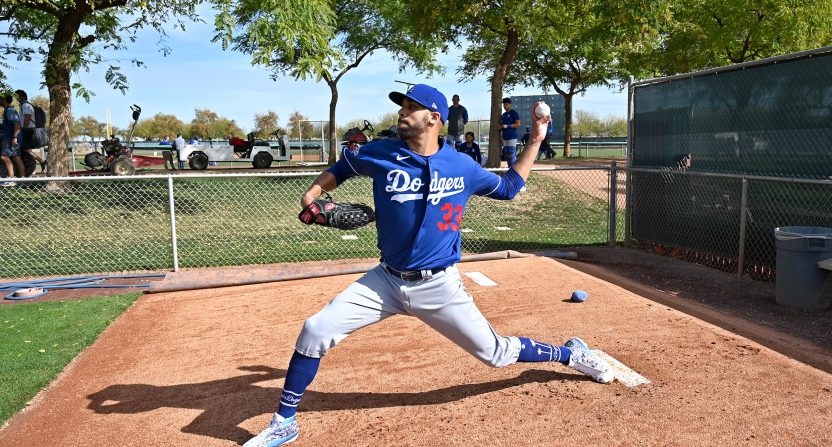 In a statement released on social media, Price said, “I have decided it is in the best interest of my health and my family’s health for me to not play this season.”

After considerable thought and discussion with my family and the Dodgers, I have decided it is in the best interest of my health and my family’s health for me to not play this season. I will miss my teammates and will be cheering for them throughout the season and on to a World Series victory. I’m sorry I won’t be playing for you this year, but look forward to representing you next year.

Stay safe, be well, and be kind. And Go Dodgers!

The same David Price who personally & generously paid all 220 minor league Dodgers $1,000 in June – AND will now be forfeiting $11.9M to opt out this season.

Shows you how serious some players are taking the entire situation. https://t.co/Vm040sqT4H

Price, 34, is a five-time All-Star and won the AL Cy Young award in 2012. He’s no longer the ace-level, high-velocity pitcher he was from 2010-16, but he’s still a valuable starting pitcher that was slated to be part of the Los Angeles rotation this season.

In 2019 with the Boston Red Sox, Price had an ERA over 4 (4.28) for the first time since 2009, but the peripherals show that he was pretty unlucky and was likely a juiced baseball victim over his 107 1/3 innings pitched. He had a very solid 3.62 FIP, and his 28.0 strikeout percentage was actually the best mark of his decorated career.

The Dodgers acquired Price along with superstar outfielder Mookie Betts in a blockbuster trade with the Red Sox over the offseason. Price was essentially a salary dump for the Red Sox (but they reportedly still took on half the money owed); the left-hander is owed $96 million — $32 million annually — over the next three years. But the rich Dodgers were willing to take on that money to acquire Betts and add another quality pitcher to their juggernaut roster. Now, the Dodgers may only get 60 regular-season games out of Betts (a free-agent-to-be), and won’t get a 2020 season out of Price.

Price is the biggest name known to opt out of the 2020 season so far, joining Mike Leake, Ryan Zimmerman, Joe Ross, Ian Desmond, and Welington Castillo. But there may be other baseball stars opting out soon. The best baseball player on the planet, Mike Trout, said on Friday that he’s still unsure about playing this season. And six-time All-Star, three-time world champion catcher Buster Posey told reporters on Saturday that he’s still leaving the door open on opting out.

Buster Posey is leaving the door open to opting out of the season. "Yeah. Definitely. I think there's still some reservation on my end as well. I want to see how things progress over the next couple weeks. It would be …naive or silly not to gauge what's going on around you."

Even with the news of Price opting out, the Dodgers are still the team to beat in the National League, and have multiple solid options to replace Price in the rotation (such as Ross Stripling, Dustin May, and Tony Gonsolin).