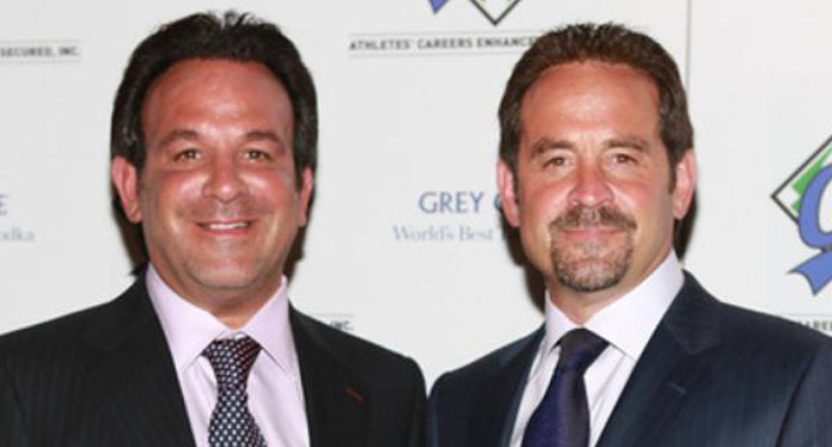 Nunez, who was a key figure in the 2012 Melky Cabrera PED coverup, went to prison for three months (plus three months of house arrest) in 2015 for his role in bringing players from the Dominican Republic and Venezuela to Anthony Bosch and the Biogenesis clinic, which was central in an investigation that saw 14 MLB players (including Alex Rodriguez) suspended. Now, he’s back with major allegations against his former bosses.

Nunez said in 2015 he used his position at ACES to connect with those players, but he was responsible for facilitating their PED use and coverups without the Levinsons’ knowledge. But on Monday night, Jon Heyman of FanRag Sports reported that Nunez has filed a lawsuit against the Levinsons that says not only were they aware of PED use by their players, they helped arrange for those drugs to be supplied to those players.

Nunez’s lawsuit, which seeks $2 million in unpaid commissions and $500,000 in fees/expenses and is filed in New York State Supreme Court, paints ACES as a “rogue agency that reaped millions of dollars in fees by cheating the game of baseball.”

The lawsuit, which claims ACES has been providing MLB players with PEDs for decades, purports to have a signed affidavit from Kirk Radomski, who pleaded guilty to two such charges and was a major player in MLB’s Mitchell Report on PED usage a decade ago, and also goes into minute detail about the Levinsons’ alleged involvement with convicted drug dealer Anthony Bosch of Biogenesis, and how Sam Levinson introduced Cabrera, Nelson Cruz and other MLB players to Bosch and was aware that Bosch’s regimen for the players contained HGH, testosterone and performance-enhancing “gummies.”

The lawsuit, which also claims the Levinsons make “under-the-table” payments to clients, says the Levinsons’ mantra was to do “whatever it took,” even if it meant doing things in violation of the laws of the United States and the rules of MLB and the players union and that Nunez was “thrown under the bus to protect their own reputations” and made to take the fall for the harebrained schemes to try to fool MLB regarding Cabrera’s failed test.

The lawsuit has a lot of other allegations, including Seth Levinson devising the fake website used in the Cabrera case, Sam Levinson directing Nunez to “do whatever it took” to cover up Cabrera’s positive test, the Levinsons telling Nunez to call former New York Daily News sports editor  Teri Thompson to swear to her that they had no knowledge of ACES’ clients PED use and Nunez himself was solely responsible for Cabrera’s positive test, and Nunez claiming the Levinsons said they would “take care of him” for taking the fall in the Cabrera case.

Oh, and it reportedly includes an affidavit from former Mets’ clubhouse attendant Kirk Radomski, another key PED figure. And Radomski told Heyman separately that the Levinsons knew what he was doing:

Reached by phone Monday night, Radomski said he was unaware of the Nunez lawsuit but said he provided such a signed affidavit for MLB when it investigated the Levinsons regarding the Cabrera case (MLB wound up censuring the Levinsons, but no other action was taken at the time). Radomski also repeated the claim, saying, “I picked up money and checks from their office on Montague Street (in Brooklyn) when they paid for the PEDs.”

Radomski further stated that the Levinsons were fully aware of what he was providing the players, saying Sam Levinson was “in the room” many times when explanations were given for (such and such player, players names not mentioned here).” Radomski pleaded to two charges (he was given no jail time) but he pointed out that no one has ever challenged even one of his claims. “No one ever said I was full of (it) or sued me.”

These allegations obviously should be taken with a grain of salt, considering that Nunez’ claims have not yet been proven in court and that he has incentive to try and make the Levinsons look as bad as possible in an attempt to get the courts to award him the money he claims he’s owed. And Radomski isn’t exactly the most reliable source in the world, and if he already provided an affidavit to MLB with these allegations and they decided to only censure the Levinsons, his particular information may not lead to further MLB action.

But these claims from Nunez will certainly get MLB and PEDs back in the headlines, and they could cause plenty of problems for ACES, which remains one of the five largest agencies in baseball. The Levinsons didn’t respond to Heyman before publication; we’ll see if they have comment in the days to come, and we’ll see where else this story goes from here.