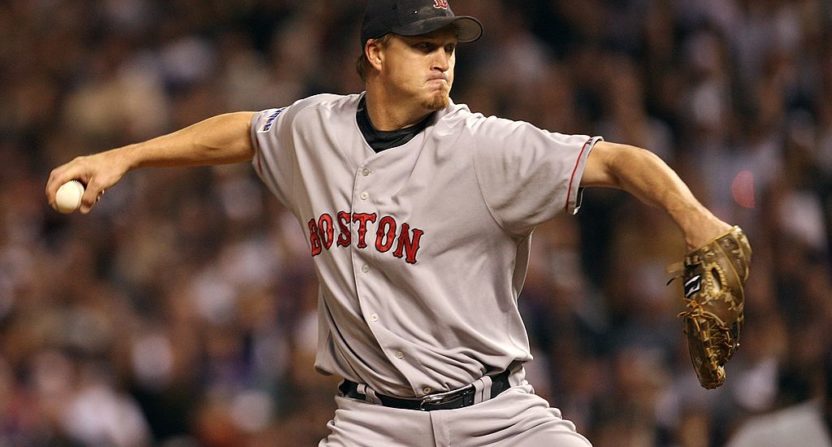 Among the thousands of people terrorized Sunday night by a shooter at the Route 91 Harvest country music festival in Los Vegas was former Major-League pitcher Mike Timlin.

Timlin tweeted early Monday morning that he and everyone in his party were safe after shooter Stephen Paddock killed at least 58 people and injured more than 500 others with an automatic weapon in the deadliest mass shooting in modern American history.

Was at the #route91harvest please pray for all who have been wounded. All my group is ok. #Godisalmighty

When someone replied saying he was glad Timlin was safe, the former pitcher replied that gunfire “coming at you” is “some scary scary shit.”

Dude have heard gun fire before. I know it is different when coming at you. That is some scary shit

Shortly before the shooting Sunday night, Timlin tweeted a photo of himself and his companions enjoying the concert, an image that is positively haunting in retrospect.

We’re glad Timlin was unharmed in the shooting, and of course our thoughts are with the families of those who weren’t as fortunate.