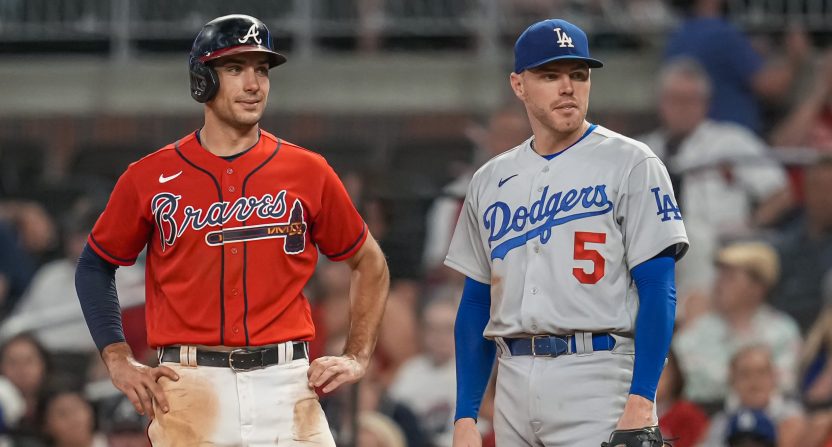 Shortly after reports detailing why Freddie Freeman fired his agent, Casey Close, a response has been issued.

Fox Sports Radio’s Doug Gottlieb reported on Wednesday that Freeman fired Close and Excel Sports Management after learning that Close did not inform him of a contract offer made by the Atlanta Braves.

Understandably, that drew a big response. Gottlieb’s report said that Freeman did not know this until he recently made his return to Atlanta as a member of the Los Angeles Dodgers, which explained why he fired the agency shortly after the series as opposed to the three months before it.

In response to that report from Gottlieb, Excel Sports Management released a statement on behalf of Close. In the statement, Excel not only denied Gottlieb’s report but also said that legal options are being evaluated.

Statement on behalf of Casey Close:

Doug Gottlieb tweeted a wholly inaccurate characterization of our negotiations with the Atlanta Braves on behalf of Freddie Freeman. We are immediately evaluating all legal options to address the reckless publication of inaccurate information.

Pretty much everything involving Freeman since his first press conference back in Atlanta has gotten a lot of attention from baseball fans and others in the MLB world.

This was no different.

good luck cleaning this one up 💀 https://t.co/nnAsl50k9p

“I got caught and I’m big mad” https://t.co/wJjo6UXbPj

We love drama. I’ve been waiting for this tweet tbh. The entertainment industry is a wild world my friends. https://t.co/DKvPs8krgu

Right. Because the guilty always line up to confess their crimes. CYA ain't working on this one you greedy, lying crooks! https://t.co/CS045rnRY6

Turn on your replies if it’s a false report https://t.co/lbzoXCJPra

When Gottlieb’s report came out, it was clear that there was more to this story. Excel’s statement has added more to it, but there’s still not much clarity here. This was just another layer being peeled off, and frankly, we’re guessing more layers will be peeled off in the coming days and weeks.