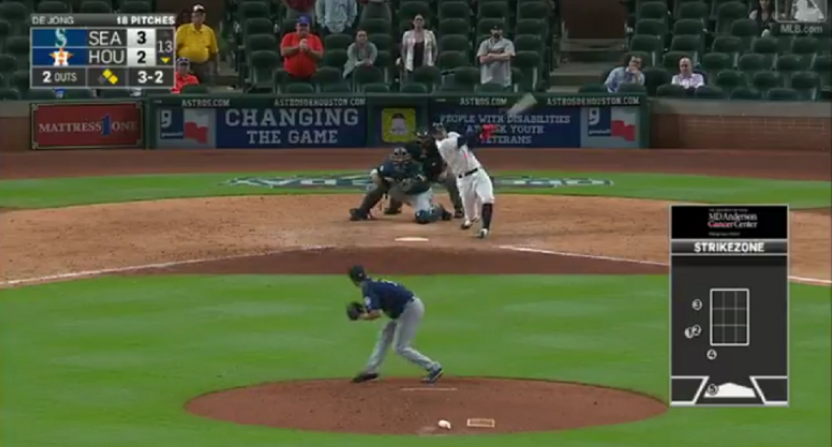 The Seattle Mariners drew four walks to begin the top of the 13th inning on Wednesday night against the Houston Astros, and only scored one run in the inning (and that run was an auto-run on the fourth walk with no outs).

And you probably aren’t surprised to learn that not turning those four walks — again, with no outs — into more runs came back to bite the Mariners.

With two on, two outs, and a full-count in the bottom of the 13th, George Springer deposited a Chase De Jong hanging slider into the Crawford Boxes to give the Astros a 5-3 victory (and a 3-0 record on the season):

Be like George Springer. Play until your last strike. https://t.co/jslMmOJF3i #Walkoff pic.twitter.com/3RFAbsihcp

It was the second walk-off, three-run, extra-inning homer of the night. Boston Red Sox catcher Sandy Leon hit one such dinger to give the Red Sox a 3-0 win over the Pittsburgh Pirates earlier on Wednesday evening at Fenway:

And then there of course was the Francisco Lindor go-ahead grand slam that a Rangers fan really did not take well.

Hopefully we’ll see many more wacky nights like this in the majors this season.