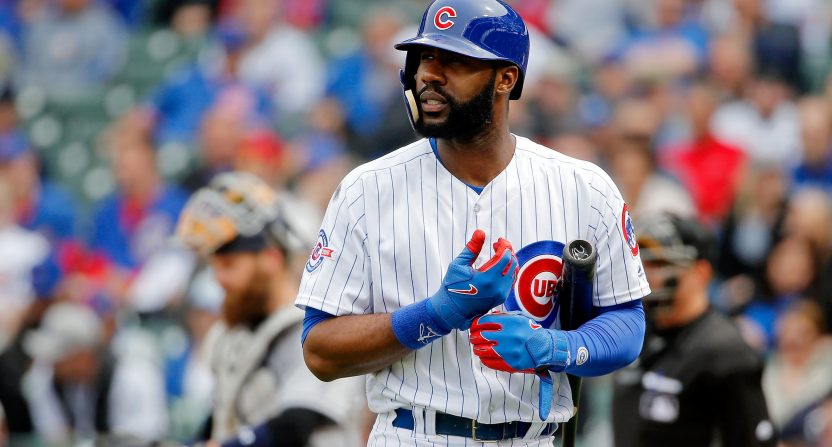 This time of year, baseball fans (and fantasy baseball owners) are looking for sleepers and bounce-back candidates, players who weren’t so good last year but could improve their numbers moving forward.

Not too long ago, that was basically guesswork. But thanks to statistical advances like Fielding Independent Pitching (and xFIP and DRA and SIERA and on and on) and MLB’s incredible new Statcast technology, these days we can infuse some science into our predictions.

Here are 6 players we expect to be significantly better in 2017 than they were in 2016.

Ryan Zimmerman’s career has been trending in the wrong direction ever since his 2o09-2010 peak, but even in the context of that decline, his 2016 was strikingly bad. The Nationals first baseman hit .218/.272/.370 for an adjusted OPS that was 31 percent worse than league average.

A few years ago, we might have looked at a line like Zimmerman’s and concluded that the bottom had fallen out of his performance, signaling the end of his time as a useful player. But Statcast paints a rosier picture. According to official MLB data, Zimmerman ranked 14th in the Major Leagues in average exit velocity off his bat, suggesting he was hitting the ball hard but running into some bad luck.  Accordingly, Zimmerman’s batting average on balls in play was by far the lowest of his career.

Last season, Washington manager Dusty Baker liked to refer to Zimmerman as the team’s “hard-luck guy,” and Zimmerman joked that exit velocity was the only advanced stat he liked—because it liked him back. Zimmerman will presumably never return to his peak output, but he should bounce back from his awful 2016 performance.

A year after winning the 2015 AL Cy Young award, Dallas Keuchel’s numbers fell off a cliff last season. His ERA ballooned from 2.48 to 4.55, thanks in part to a lower strikeout rate and higher walk rate, and he went from top-shelf ace to barely above replacement level.

But Keuchel also fell victim to some bad batted-ball luck in 2016, as his BABIP surged from an unsustainably low .269 in 2015 to a flukishly high .304. FIP (which controls for BABIP) suggested Keuchel was actually a 3.87 pitcher in 2016, and xFIP (which also controls for home run/fly ball rate) had him at 3.53.

It’s unlikely Keuchel will duplicate his 2015 numbers, but it’s just as unlikely that his stat line will be as ugly in 2017 as it was in 2016. If Keuchel can split the difference between his one amazing season and his one awful one, he’ll be a very good pitcher.

After arriving in Chicago last winter as the Cubs’ marquee new edition, Jason Heyward disappointed at the plate in his first year at Wrigley, batting only .230/.306/.325 and putting up the worst OPS of any qualified right fielder.

Heyward’s season was shocking. At age 26, he had gone from a well above-average hitter to a dramatically below-average bat.

But we can expect Heyward to bounce back in 2017 for several reasons. For one thing, great players don’t just forget in the middle of their primes how to be great. For another, you can be almost sure his batting average on balls in play will be better in 2017 than it was in 2016.

BABIP is prone to luck-driven fluctuations but eventually tends to regress to a mean. Some years the balls fall in, some years they don’t, but in the long run it all evens out. These are Heyward’s BABIP figures for his last five seasons:

In that context, Heyward’s 2016 BABIP looks like a huge outlier. If that figure returns to previous levels in 2017, the rest of his numbers should, to some extent, follow.

Was Robbie Ray a good pitcher in 2016? Depends whom you ask.

According to Baseball-Reference, Ray was worth 0.7 WAR, which puts him alongside Dustin McGowan and Tony Cingrani. By Fagraphs, he was worth 3.0 WAR, ranking him next to John Lackey and Cole Hamels.

You should probably trust FIP over ERA on this one. Ray’s walk rate has always been a bit alarming, but check out last year’s strikeout rate leaderboard:

Yeah, no one who strikes out that many guys is going to have an ERA near 5.00 for very long.

Thanks to some big moments in the Royals’ two deep playoff runs and on Team USA at this year’s World Baseball Classic, Eric Hosmer has a reputation as a great player.

To this point, however, the first baseman’s numbers have not quite matched that perception. His career wRC+ of 107 indicates he’s been a slightly above-average hitter, and advanced stats suggest his defense at first base is only so-so.

But like Zimmerman, Hosmer hit the ball hard in 2016, with an average exit velocity ranking 18th in baseball. Also like Zimmerman, he nonetheless suffered from a BABIP that was unusually low by his stands. An improvement in batted-ball luck won’t fix Hosmer’s strikeout rate, cure his inability to walk or improve his defense, but it will lift his batting average back toward 2015 levels, which will make him a solid MLB first baseman as opposed to the replacement-level player he was last year.

The Astros paid a big price to pry Giles from the Phillies last offseason, expecting he would continue to be a fire-breathing strikeout monster.

Instead, Giles posted a 4.11 ERA and converted only 15 of 18 save opportunities.

But this is another case where advanced stats tell a different story. Giles actually struck out a higher percentage of batters faced in 2016 than he did in 2015, while issuing only slightly more walks. The problem was his freakishly high .349 BABIP, mixed with a lower strand rate.

Giles remains every bit the dominant reliever he was in Philadelphia. With some decent luck, he’ll show it in 2017.