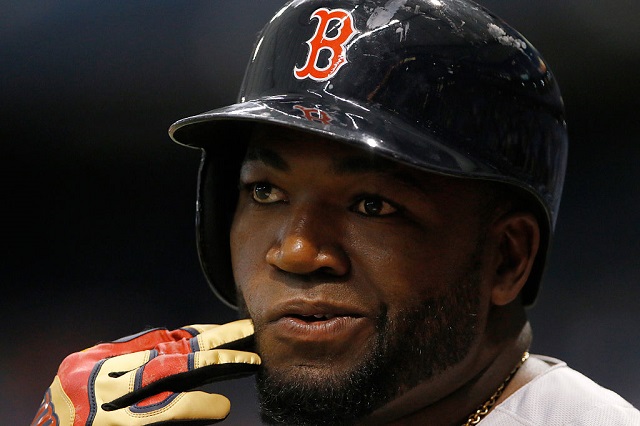 The 2016 baseball season has been one long, last home run trot for David Ortiz. One of the best players for the one of the most storied franchises in professional sports is retiring. Ortiz is beloved because he’s the smiling face of three World Series championship teams. Before Ortiz, the Boston Red Sox were infamous also-rans.

They found different ways to lose for almost a century. Bucky Dent! Aaron Boone! And of course, the most spectacular implosion in Boston history:

David Ortiz helped change all that. He’s responsible for many of the big moments that the Red Sox and their fans have enjoyed since his arrival.

There was his game-winning home run versus the Angels to send Boston to the 2004 ALCS. There was the game-tying grand slam in the 2013 ALCS against Detroit with the corpulent bullpen cop cheering in the background. And of course, the 2004 ALCS Game 4 extra-inning home run that started the most spectacular comeback in MLB history:

Thanks to Ortiz, New England Millennials have grown up in a much different Boston sports world than their older siblings and parents suffered through. Boston knows nothing now but winning (Red Sox), winning (Patriots) and winning (Celtics). What a time to be alive. What a time to thank Ortiz for the warm feelings.

At every baseball park he visits during his final season, he is showered with gifts. The Texas Rangers gave him cowboy boots and a belt buckle. The Seattle Mariners presented him with a 34-pound salmon. The Dodgers did something a little more traditional: A check for $10,000 was presented to Big Papi to his David Ortiz Children’s Fund.

But we'll show you anyway… pic.twitter.com/gvX4L1GwcG

Presented to @davidortiz: his original contract with the Mariners, 34 lb of salmon and a surprise from some friends. pic.twitter.com/VZGp7WkjrI

Well the @Dodgers are a classy bunch. Every team should do this as a retirement gift to @davidortiz

To continue this warm and fuzzy narrative, Ortiz is having an amazing season. He could finish with the highest slugging percentage of his career (.637), surpassing the .636 he slugged in 2006. He’s also on track to finish with his third-best OPS (1.049). Ortiz is second in the American League in batting average (.322), leads all of MLB in OPS and is third in RBIs (100).

Wednesday against the Tampa Bay Rays, Big Papi became the first 40-year-old player to hit 30 home runs in a season with his first-inning shot off Matt Andriese. All of this seems too good to be true.

But is it? In journalism, you’re taught to ask questions. You’re also taught to be fair. When a 40-year-old man is enjoying a career year at an age when most athletes’ bodies are in decline, this makes you wonder about performance enhancing drugs. Ortiz has always maintained that he never knowingly used steroids.

According to the Boston Globe, Ortiz was one of four players in 2009 who were exposed as having failed a 2003 drug test. Under the conditions of the test, every major leaguer was granted confidentiality to participate. However, Ortiz’s name was leaked. The news that Ortiz was linked to PEDs wasn’t a surprise. For some, it confirmed what they already suspected. How did Ortiz – an unremarkable player for the Minnesota Twins in his first six seasons – transform himself in a Hall of Fame caliber player with the Red Sox? 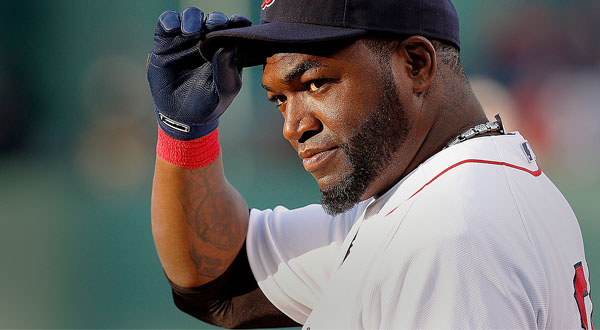 This wasn’t a gradual change or slight improvement. In Ortiz’s first year with Boston, his slugging percentage jumped from .500 – his final year with the Twins – to .592 with the Red Sox. His OPS skyrocketed from .839 to .961. Sure, you could attribute some of his power surge to playing in hitter-friendly Fenway Park and batting in front of Manny Ramirez. But not an escalation that steep. Ortiz was fifth in the 2003 AL MVP voting.

In fact, 2003 started a run of Ortiz being a top five MVP candidate for five straight seasons. The closest he came was in 2005, finishing as the runner up to the New York Yankees’ Alex Rodriguez. Should we credit Ortiz for developing? Kudos to then-Boston general manager Theo Epstein for seeing something in Ortiz that no one else did?

Or is this strictly about pharmaceutical help and a guy looking for an edge? The truth probably lies in a combination of those three explanations. Since the implementation of baseball’s current PED policy in 2004, Ortiz hasn’t failed a drug test.

Maybe the bigger question is, how much should we care?

Athletes are ultra-competitive people. We shouldn’t be shocked when they seek out every possible advantage. They weigh the risk versus the reward. For Ortiz, the rewards have probably been beyond his wildest dreams. According to Baseball-Reference, he has made over $143 million for his career. But it’s not only the money. He’s receiving applause and praise everywhere he goes. The MLB All-Star Game last month was a David Ortiz love-in.

This is in stark contrast to one of Ortiz’s contemporaries. Alex Rodriguez’s mid-season retirement was rather quiet and kind of sad for a player of his stature. It’s inarguable that Rodriguez was a more talented and accomplished player than Ortiz. But Rodriguez had the stain of a one-season ban in 2014 and has consistently been one of the least liked players in all of sports.

David Ortiz? He’s never been more popular. He received the second-most votes to the All-Star Game, with over 3.4 million. He has been one of the most marketed faces of baseball over the past 10 years. He’s in ESPN commercials and other national ads. Ortiz does it all with that famous smile. After the Boston Marathon bombing, Ortiz spoke to the Fenway crowd and delivered this memorable speech:

By all accounts, Ortiz has been an excellent ambassador for the sport. Still, all this adulation makes some queasy and skeptical. It’s funny how the stigma of PEDs is a scarlet letter in baseball. However, in football, we tend to overlook and even forget about steroid and human growth hormone usage.

It’s unfair and reckless to judge Ortiz. But that’s sports. How much should we care about what Ortiz may or may not be doing? Tough to say. His situation reminds me of the 1994 movie Quiz Show, which chronicles the television game show scandals of the 1950s.

The final line in the movie is spoken by TV producer Albert Freedman, portrayed by actor Hank Azaria. He tells Congress: “You know, it’s not like the quiz shows are a public utility, sir. It’s entertainment.”