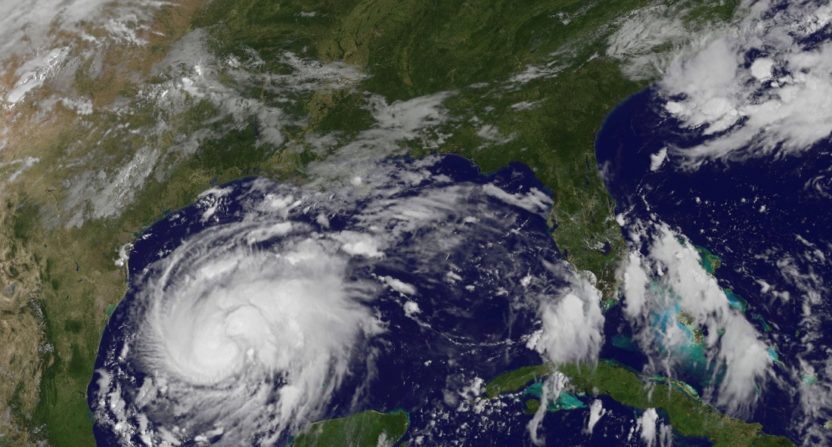 Hurricane Harvey was recently upgraded to a Category 3 storm (meaning winds ranging from 111 to 130 mph), which means the focus around Houston and other places in its path has to be on safety, potential evacuation, and preparedness. It’s the kind of event where sports take a definite backseat to make sure the focus is on more important things. As such, a number of Houston-area sporting events have been affected or postponed for the weekend.

Sporting Kansas City was supposed to take on Houston Dynamo at BBVA Compass Stadium on Saturday but that match has been postponed. It has already been rescheduled for Wednesday, Oct. 11, at 7 p.m. in Houston.

Sam Houston State was supposed to host the Richmond Spiders at Bowers Stadium in Huntsville, which is north of Houston, but that Sunday night contest has been postponed. The game, which would have been a first-time match-up between two FCS powers, will be rescheduled but that date is still TBD.

The Houston Cougars don’t have a game this weekend but they’re getting out of town anyway to make sure they can still practice. The University of Texas, which is led by former Houston coach Tom Herman, has offered to host the Cougars during the weekend. In fact, TCU, SMU and Baylor all offered their facilities as well but they chose Texas because of easy hotel accommodations and logistics.

The University of Texas San Antonio was set to hold UTSA Football Fan Day on Saturday but UTSA canceled the event due to the hurricane.

Meanwhile, the LSU Tigers are supposed to open the season against the BYU Cougars in Houston at NRG Stadium on Sept. 2. For now, the schools are monitoring the situation before they change anything.

“First and foremost, our thoughts and best wishes are with our neighbors in South Texas, and of course with our friends and family here in South Louisiana as Hurricane Harvey draws near,” the university said in a statement. “We know all too well the challenges of facing a storm of this magnitude and stand ready to assist in any way we can.”

The Houston Texans are set to play in New Orleans against the Saints this weekend. However, the Texans and Dallas Cowboys are scheduled to play their preseason finale against one another on Thursday at Houston’s NRG Stadium, but they’re going to monitor the situation to consider whether or not they need to move the game. The Cowboys have said that playing the game at AT&T Stadium instead is a possibility.

The Houston Astros are out of town this weekend, playing the Los Angeles Angels in Anaheim. They’re currently scheduled to host the Texas Rangers next Tuesday, Wednesday, and Thursday and both teams are currently in a “holding pattern” to determine whether or not that series needs to be postponed or potentially moved.

It’s possible more will be affected, but hopefully the storm’s impact is minimal, especially when it comes to injuries and other damages.