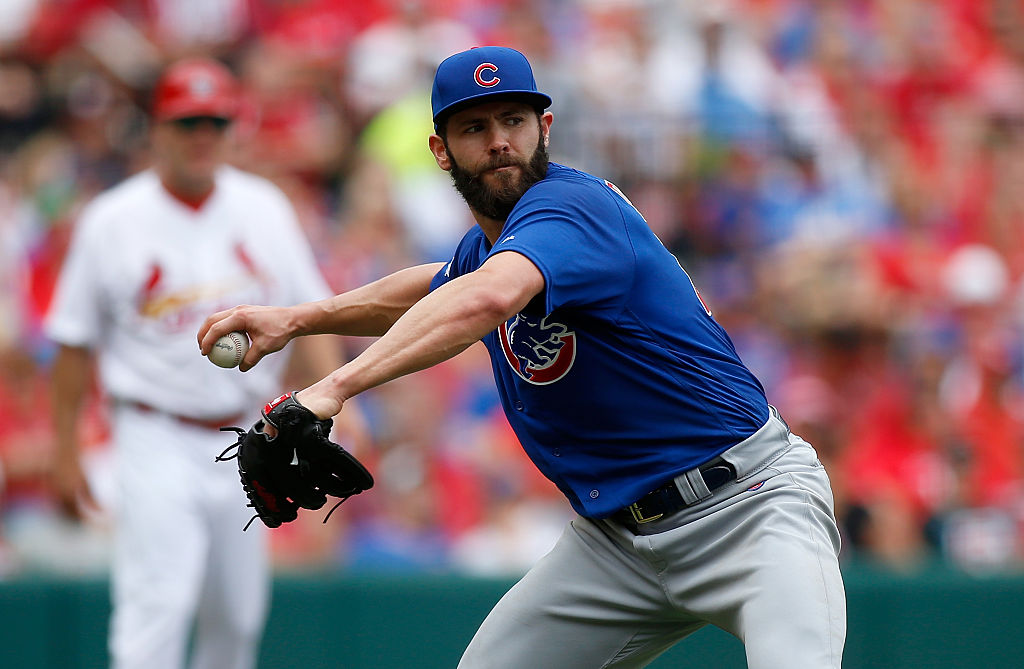 Reigning NL Cy Young winner Jake Arrieta is going to be a free agent after the 2017 season, and he’s stated that he doesn’t plan on giving the Cubs a hometown discount (note: Arrieta is from Missouri and went to TCU, so Chicago isn’t exactly his “hometown”). The 30-year old will likely be receiving plenty of advice over the next year and a half, and he’s already picked up some contractual tips from the best pitcher in the National League, Dodgers ace Clayton Kershaw.

Kershaw, who inked a seven-year, $215 million contract with the Dodgers before the 2014 season, advised Arrieta to go with happiness over money according to ESPN.

And while that $215 million Kershaw got is a lot of money (the largest contract ever for a pitcher at the time, since surpassed by David Price’s seven year, $217 million deal with the Red Sox last winter), he probably could have gotten more on the open market had he got there, given his age at the time.

“The financial aspect is going to play a huge role in it. But at the end of the day, you can make the most money somewhere and [if] you’re not going to be happy, it’s not worth it,” Kershaw said. “I definitely took that into account.”

Arrieta will be 31, going on 32, heading into his free agency. If he continues his dominance from 2015 throughout the rest of 2016 and into 2017, he’ll likely get hefty contract offers from plenty of teams, so the dollars and cents may not matter all that much.

But the idea of “comfort” is an important one, and if a player isn’t comfortable in a city, he can completely all apart. Remember Adrian Gonzalez and Carl Crawford in Boston? Or hell, Melvin Upton in Atlanta? They all signed mammoth deals with their new teams (Gonzalez after a trade from the Padres), and were gone two years or less into those contracts because they struggled in their new environments. After the trades, all were fine again…well, when they’re healthy. Sorry, Carl.