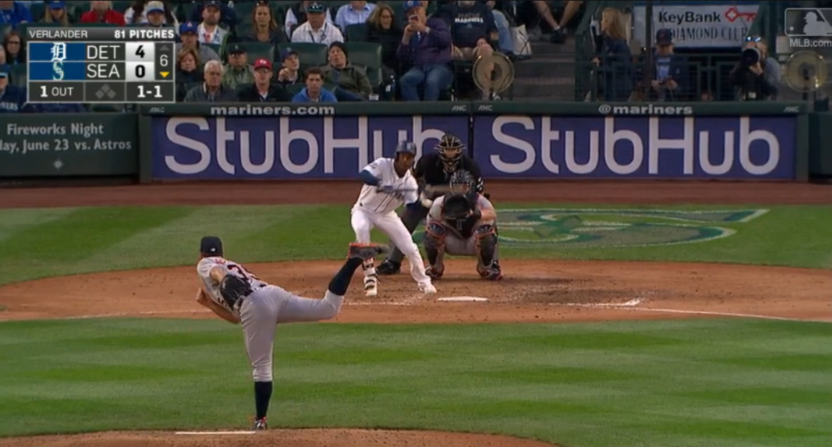 In 2001, Arizona Diamondbacks starting pitcher Curt Schilling (you now know him more as that guy with really bad opinions) had a perfect game going in the eighth inning, when San Diego Padres catcher Ben Davis bunted for a single.

People were not happy about a perfect game being broken up by what’s viewed as a cheap hit. Bunting to break up a no-hitter or perfect game is considered breaking baseball’s “unwritten rules”. Then-Diamondbacks manager Bob Brenly called the decision to bunt “chicken”.

Fast-forward to Wednesday night, and oh boy, the Seattle Mariners’ Jarrod Dyson broke up a perfect game attempt from the Detroit Tigers’ Justin Verlander with Seattle trailing 4-0 in the bottom of the sixth inning:

Get ready for the hottest of takes about Jarrod Dyson breaking up Verlander's perfect game with a perfect bunt pic.twitter.com/OBQbktTTLw

As much as I hate bunts, I 100% side with Dyson here. Largely because, if there’s anything I hate more than bunts (well, aside from letting humans still call balls and strikes), it’s unwritten rules.

Who knows when these unwritten rules go into effect — after all, they’re not written down! — during a no-hitter or perfect game, but it shouldn’t be by the sixth inning, despite your MLB At-Bat alerts telling you all about the PERFECT GAME WATCH after like the fourth inning.

Dyson and the Mariners are trying to win a ballgame, and sure enough his bunt single began a three-run rally in the sixth. And if you say, “Well maybe that bothered Verlander and got him out of his game,” well, that excuse sucks. If he can’t get over the play and focus on getting batters out to help his team win, then he doesn’t deserve a perfect game anyway.

But, naturally, many people are angry about Dyson’s bunt (some NSFW — language — tweets to follow):

Dyson is garbage. Just broke up a perfect game by Verlander with a bunt. Trash

Jarrod Dyson is a scumbag… who the fuck bunts to break up a perfect game?! Fucking trash

Jarrod Dyson is the biggest bitch ever

Jarrod Dyson is the definition of Bush League

Jarrod Dyson deserves a 99 mph fastball straight to the ass.

Jarrod Dyson isn't going to have a very good day tomorrow, I have to think. Deserved in my book, really chickenshit play in a 4-0 game.

I have ZERO respect for Jarrod Dyson.

You're a pussy Jarrod Dyson.

Jarrod Dyson is the epitome of bush league.

Jarrod Dyson with cheapest way to break up a perfect game

Absolutely shocking that many of the people who think Dyson broke an unwritten rule also think he should be thrown at, right?

UPDATE: This is a terrific response from Justin Verlander when meeting with the media postgame:

Verlander on the bunt: "Perfect bunt. It's part of his game. I don't think it was too late to be in situation to bunt. Not upset about it.'