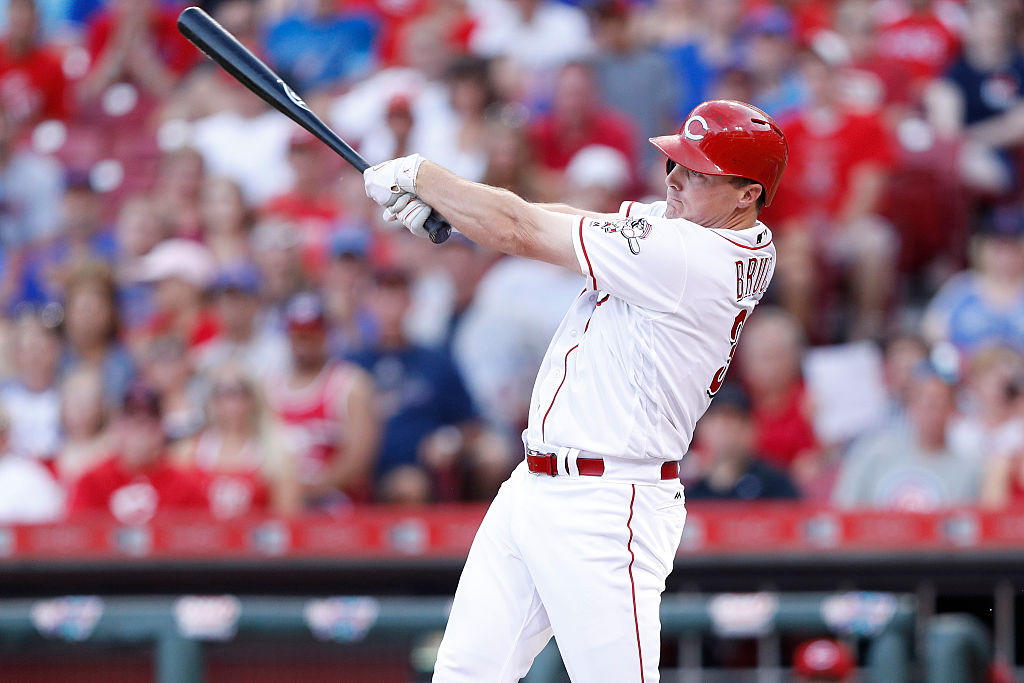 If there was one team that was known to be a seller from even before the season started, it was the Cincinnati Reds and if there was one player that they had to move more than any other, it was Jay Bruce. Prior to the deadline on Monday, he went to New York for second baseman Dilson Herrera and pitcher Max Wottel.

Alderson: Bruce for Herrera and Wottel. Also, Niese from Pirates for Bastardo

However, it was initially supposed to Brandon Nimmo and two lower-level prospects, but a medical issue with one of the two other prospects scuttled that deal.

It is Nimmo and 2 lower-level prospects for Bruce. #Mets #Reds

Of the Reds players that likely wouldn’t be back next season, Bruce had by far the most value. A .265/.316/.559 hitter this year, Bruce is having a career year at 29 years old. He has always been a solid power threat, hitting an average of 27 doubles and 26 home runs per season before this year, but he’s looking to surpass anything he’s ever done before with 25 home runs and 80 RBI, both on pace for career bests. This is despite playing for a team in the bottom third in offense in baseball.

Of course, the Mets have been even worse. Scoring just 381 runs this year, the Mets are the third worst team offensively to this point and after injuries to Asdrubal Cabrera, Jose Reyes, and Lucas Duda, things aren’t looking up. In the outfield, Yoenis Cespedes has played up to expectations, but he is the only one. Curtis Granderson has not played up to his career marks and Michael Conforto took a major step back after an impressive rookie campaign in 2015 including two home runs in the World Series last year.

There is an obvious need for Bruce on the Mets to bolster their offense, but there is always the worry of his defense. According to FanGraphs, Bruce is literally the worst right fielder in baseball, worth -15.8 runs defensively compared to the average right fielder in baseball. Almost all of this is due to his poor range, as Bruce has issues with speed, first step, and in route selection. Overall, this has almost completely eliminated his value as a player, giving him a 0.7 fWAR despite a 125 wRC+. A Bruce acquisition would have made more sense for an AL team that could have used him at DH, but the Mets were obviously desperate and the other options for offensive minded outfielders, particularly Carlos Beltran, have the same problem.

There were issues with one of the lower-level players in the trade, which led to the Mets including Herrera as the centerpiece of the deal instead of Nimmo. In 85 games at AAA this season, the 22-year old Herrera is hitting .276/.328/.465 with 13 homers. Wotell was New York’s third round pick in last year’s MLB Draft, and has 31 strikeouts and 12 walks to go along with a 3.94 ERA in 29 2/3 innings for Rookie-level Kingsport.

While Bruce likely wouldn’t have been a good fit for the Reds in 2017 with his $13 million club option and $1 million buyout, he could be for the Mets. With their great starting rotation that has been marred by injury this year, New York should be back to serious contention next year even if they can’t make up the 2.5 games behind Miami in the Wild Card or the 6.5 behind Washington for the East. It may not be a perfect fit, because of his defense, but at least the Mets have substituted one problem for another and should be able to pull themselves out of the bottom of the league offensively.