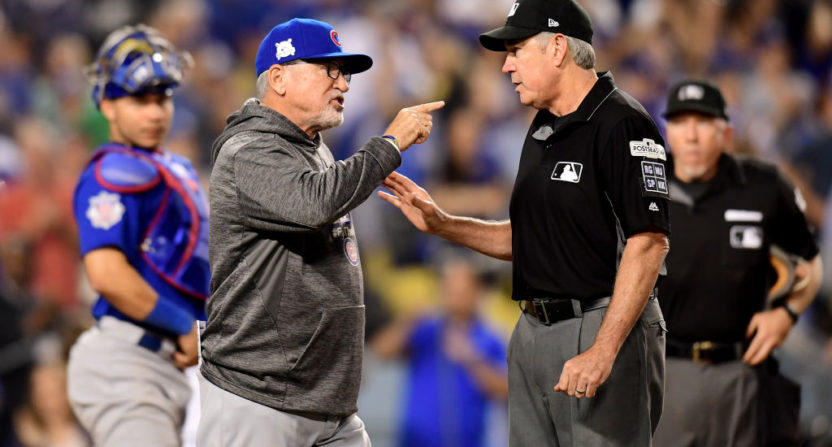 Some baseball debates are just as spirited as its games, and Game 1 of the NLCS between the Chicago Cubs and Los Angeles Dodgers was no exception.

It’s no secret that MLB is ready and willing to make positive changes regarding the safety of fans and players. For fans, 14 teams — including the Reds, Padres, and Rockies — are all expanding their stadium netting. This will prevent fans, mainly small children, from getting injured by foul balls.

For players, it’s not that black and white.

Baseball was always associated with aggressive sliding collisions at home plate up until four years ago. Since 2014, Major League Baseball and the Major League Baseball Players Association require catchers to have full possession of the ball before blocking home plate, in order to avoid horrendous collisions. This rule came into full effect on Saturday night in Los Angeles. A perfect throw from Kyle Schwarber and a beautiful tag by Willson Contreras made sure a sliding Charlie Culberson never even touched the plate. Still, the rule (and a replay review) deemed him safe. Contreras’ extended leg blocked Culberson’s lane.

The sliding rule that changed four years ago due to catchers suffering “egregious” collisions at the plate, per MLB.com: 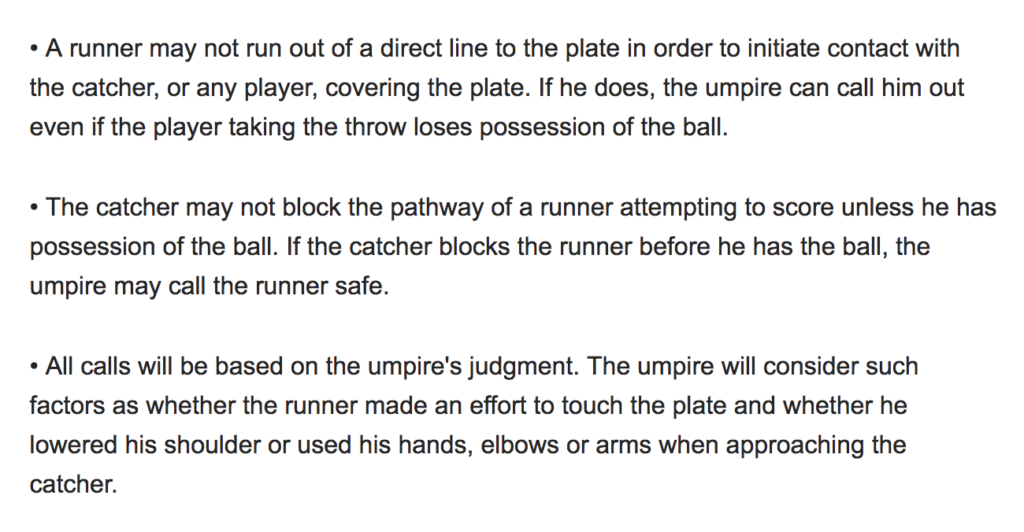 A lot of people went ballistic over this play; mainly and deservedly Cubs skipper Joe Maddon after suffering a 5-2 NLCS opening night loss to the Dodgers, while getting ejected in the process.

“I from day one have totally disagreed with the content of that rule,” Joe Maddon said, via MLB.com. “I think it’s wrong. I think anybody’s that’s played Major League Baseball, or even Minor League Baseball, will agree with me 100 percent on that.”

While adults conversed and debated over baseball’s evolution of sliding home (a play that eventually made no difference, concerning a rule that will likely never change) the kids were thinking…

Yasiel Puig put his team on his back and broke the tied game for the Dodgers in the 4th — pouncing on a heater over the plate by Jose Quintana and knocking it into left-center on the two-run double. Though Quintana got roughed up, the Cubs starter pitched five strong innings, limiting the Dodgers to just two hits while punching out four.

Just in case the Dodgers’ 3-2 lead was too close for comfort in the 7th, Puig rocked a solo shot to deep left-center and calmly jogged around the bases like it was just another day in the office for the centerfielder.

In reality, it was quite the opposite. The Dodgers now have a 1-0 advantage with a key component in their offensive efforts sitting idly on the bench. Corey Seager, suffering pain in his back, is off the Dodgers’ NLCS roster. His bat (3-for-11, two RBIs, four walks in the NLDS) will be sorely missed by Los Angeles.

The Cubs attacked the Dodgers early — youngster Albert Almora Jr. clobbered his first postseason homer to put Chicago on the board with a 2-0 lead in the 4th. All this off three-time Cy Young winner Clayton Kershaw. The left-hander exited after five innings, giving up two runs on four hits while striking out four. Kershaw is having a rough postseason so far — he gave up four runs to the Diamondbacks in his NLDS Game 1 start, too.

Between the controversial play at the plate and Maddon getting ejected and the Dodgers proving their dominance with or without Seager… the NLCS is already creating a buzz. And it was only Game 1.