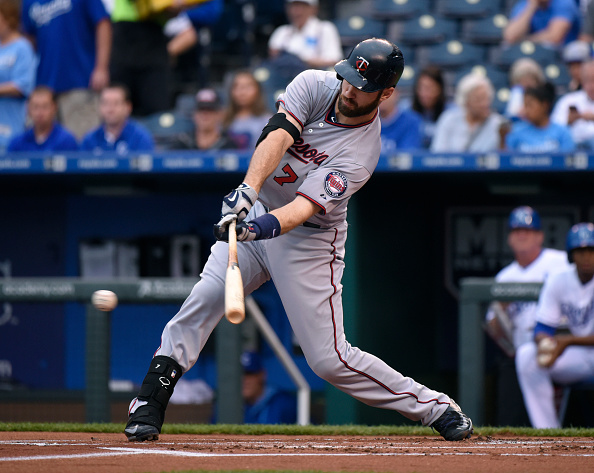 Joe Mauer has had a well-documented history with concussions, one that led him to move from catcher to first base following the 2013 season. However, according to a report by the St. Paul Pioneer Press, Mauer is set to experiment with a new way to deal with the after-effects of his concussions — sunglasses.

The report indicates that Mauer has had lingering issues from his concussion history. One such issue is blurred vision, which has caused him to miss the path of pitches over the years.

It would be a huge departure for a player who has been very superstitious about everything in his career.

“I’ve always been kind of weird about my routine when it comes to stepping into the (batter’s) box, but it’s something I’ll give a shot this spring and see if it helps,” Mauer said.

Apparently one of the biggest triggers for Mauer’s lingering issues has been sunlight — kind of a major problem for a baseball player in the middle of summer.

Bright sunshine sometimes triggered blurred vision that Mauer links to the concussion with which he was diagnosed in August 2013 after absorbing at least “two significant blows” from foul tips while he was still catching.

He missed the final six weeks of that season but still won the Silver Slugger award for American League catchers with a .324 batting average in 113 games.

That was a high-water mark though, as Mauer’s move from behind the plate has led to an increase in plate appearances and a dramatic decrease in his batting average. He batted .277 in 2014 and .265 this past season.

Other interesting numbers from the report include the day/night breakdown in hitting for Mauer this past season. In 61 day games, Mauer hit .248 and struck out 44 times in 253 plate appearances. In 97 night games, he hit .276 and fanned 68 times in 413 plate appearances.

Mauer isn’t specifically thinking sunglasses will be the only way of getting back to normal, but it is striking to hear just how difficult things became for him.

“It could be a lot of things,” Mauer continued. “There are so many different symptoms. For me it was lighting, I couldn’t really pick up the ball. It was blurry at times. Where I am here versus last year at this time, I can tell my workouts are better.”

It appears Mauer is exhausting all options in order to get back to his normal vision of the ball. Watching his play in Spring Training in a few weeks will be very interesting given this latest news.