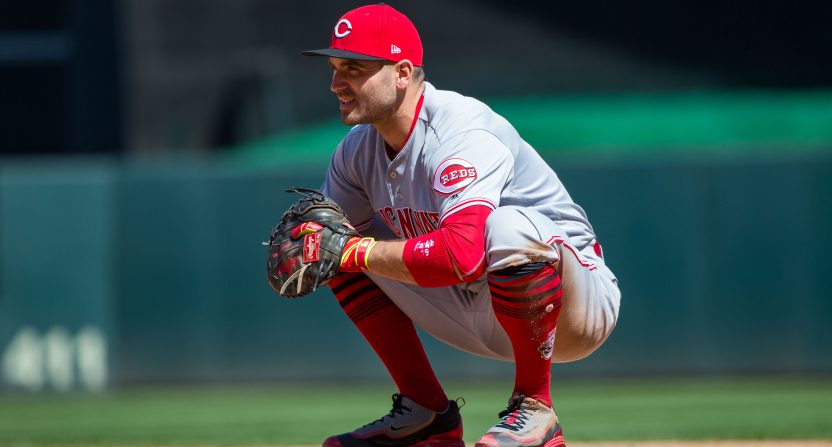 If you were to compile an all-time all-Canadian baseball team, you would start with Ferguson Jenkins on the mound. You’d toss Larry Walker in right field and hit him near the top of the order. And batting third at first base, anchoring the lineup, would be 2010 NL MVP and Joey Votto. The Toronto native is, by any measure, one of the very best players to ever emerge from north of the border.

Which is exactly why Canadians were so displeased to see him expressing ambivalence toward his home nation in the wake of native son James Paxton’s no-hitter in Toronto last week.

On Wednesday, Votto apologized for saying he didn’t give “a rat’s ass” about Canadian baseball. Via Canadian Baseball Network, where Votto published his mea culpa:

I was asked recently about James Paxton and his no-hitter on Canadian soil. I am not sure how I could have been so ridiculously selfish and short-sighted in my reply.

When asked about baseball in Canada, the Blue Jays and specifically this event, it took me back to the times and my resentment for not making Team Canada in high school, not being drafted by the Toronto Blue Jays out of high school, or not being picked for the Olympic team while in the minor leagues.

Clearly my reply came out of a side of jealousy for a Canadian baseball athlete being celebrated in the city of Toronto. It was an odd reply and one I am terribly ashamed of.

It’s not every day an athlete cops to being “ridiculously selfish” and admits to petty jealousy, but here we are.

This all started when veteran writer Tim Brown asked Votto about Paxton’s no-hitter on the Yahoo Sports MLB Podcast. Was the first baseman happy to see a fellow Canadian throw a no-no in Toronto? Not so much. Here’s what Votto had to say:

People aren’t going to love that I say this: I don’t care almost at all about Canadian baseball. When I say that, it’s because I wasn’t raised inside of Canadian baseball, really. I played on a local team, but as an 18-year-old I was drafted—I’m coming up on half of my life being in the United States working and being supported by American baseball.

And so I’m more happy for him as a fellow player. I’m more happy for him because I like to see people achieve their dreams and have great moments and be celebrated for their moments. But as far as Toronto and Canadian baseball and the country of Canada and me being Canadian, I don’t care at all. … I couldn’t give a rat’s ass about that.

Naturally, that did not go over very well in Canada, where baseball fans expected one of their nation’s great players to project a bit more home-nation pride.

But if we know one thing about Joey Votto, it’s that he’s not afraid to say what he is speaking. He’ll be blunt in interviews, and apparently he’ll be just as blunt in apologies.