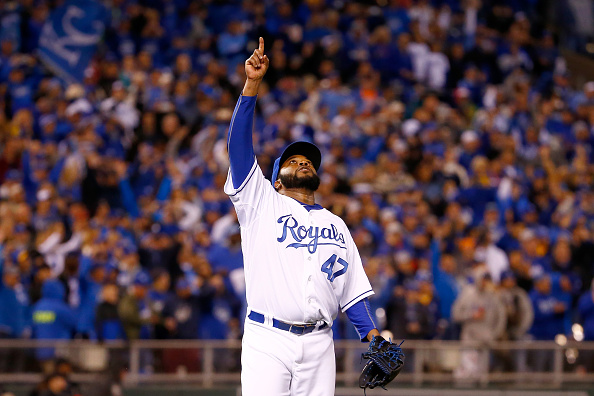 If you had to take a guess at which team would be the first in history to give out two $90 million-plus contracts to pitchers in one offseason, the Giants probably wouldn’t be your first choice. Or your second. Or, probably, your twentieth.

And yet, here we are. The Giants gave Johnny Cueto a $130 million deal even before the ink was dry on Jeff Samardzija’s $90 million contract, accomplishing their goal of remaking a moribund rotation and propelling them back into the arms race that has become the National League West. And though Cueto comes with significant risk, he makes perfect sense for a team like the Giants.

Cueto’s career numbers are comparable to both Zack Greinke’s and David Price’s (who each got $200+ million this offseason), yet he’ll cost the Giants much, much less. That’s a product of a few things, notably Cueto’s injury history and the fact that he performed relatively poorly once he was traded to Kansas City last year. Regardless, pitchers with his pedigree rarely sign for what Cueto agreed to, and when you factor in the front-loaded nature of the contract plus the two year opt out the deal makes even more sense for the Giants. Best case scenario, Cueto regains his form and the Giants have an affordable ace for two years. Even if he doesn’t, the financial hit isn’t one that will cripple the Giants.

And there are signs that Cueto’s struggles in Kansas City were just a bump in the road rather than the start of a trend. His last start of 2015 saw him eviscerate the Mets in the World Series and he looked perfectly fine doing so. His numbers took a hit in the American League, but Cueto has been one of the most dominant NL pitchers in the game and he should benefit greatly by switching back. Plus, Cueto’s career numbers in NL West ballparks are very good; he even owns a career 2.61 ERA at Coors Field.

All of those positive signs will mean nothing if Cueto gets hurt, and he’s missed significant time in the past with injuries. He also had a scare last year with his elbow, and his struggles in Kansas City may point to something being wrong with his health. But it’s probably a good bet that the Giants did their due diligence on Cueto’s health before committing that kind of money to him, and he still has a physical to pass. Plus, if teams are going to be scared away from signing free agent pitchers because their elbow might give out, then you’d have literally zero pitchers signing each year. Even the healthiest of pitchers is an injury risk.

There’s not a lot of downside to this deal for the Giants. Their pitching is strengthened significantly, and slotting in Cueto and Samardzija (two guys who could be number one starters on other teams) behind Madison Bumgarner gives them one of the most imposing rotations in the game. It takes pressure off the back end of their rotation and may push Chris Heston, who had an impressive rookie season last year, to long relief. And having three guys all capable of throwing over 200 innings on one staff will do wonders for a bullpen that wore down last year.

The Giants saw the moves the Diamondbacks made this month and knew they still had to overtake the Dodgers to win the division. Their best chance of moving ahead of those teams was to improve their pitching, and they did just that. And instead of settling for mid-tier starters like Mike Leake or Yovani Gallardo, they set their sights on two of the top arms on the market and got them both.

The Giants were a very good team last year that faltered because they basically had a two-man rotation down the stretch. They came out with guns blazing this winter to address that weakness, and now they have a pitching staff worthy of playing with their high-powered offense. They’ve positioned themselves as one of the favorites in the National League heading into 2016.

Risky moves? Yes. Worth the risk? Absolutely. It’s an even year, after all.