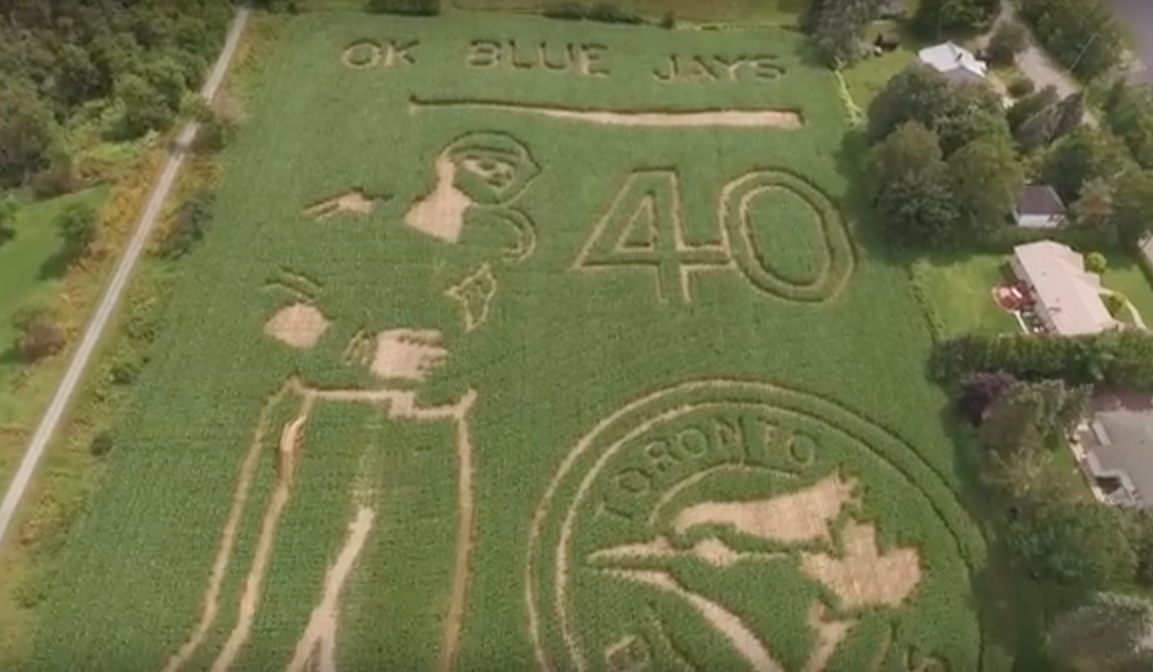 It’s been nearly a year since Jose Bautista launched his bat into the air in Game 5 of the American League Division Series against the Texas Rangers. However, the memory hasn’t been lost from one cornfield in Canada.

As is customary, this cornfield came up with a corn maze for this upcoming fall. The design is centered around the 40th anniversary of the Blue Jays coming to Toronto. Its main design is Bautista flipping his bat into the air, a moment that has become a major one in the Great White North and beyond. Though the bat flip happened back in October 2015, it’s come up throughout the 2016 baseball season.

We are so excited to announce our 2016 corn maze celebrating 40 seasons of Blue Jays baseball! #BlueJaysCornMaze https://t.co/Ei8qjfqdrY

If you somehow don’t remember, Bautista stirred up the sports world with his bat flip after hitting a big-time home run against Texas back in 2015.

Since that homerun, that bat flip memory hasn’t been forgotten by just about anyone. Whether it’s the Rangers, who were upset during said game and ended up going after the Toronto star this season via Rougned Odor or the NHL, who included Bautista’s celebration in the newest version of its video game series. Topps also made a commemorative card honoring the bat flip.

This seems like the flip that won’t ever go away. However, the positive memory might fade if Bautista leaves via free agency. First, however, he will be worried about getting Toronto back into the postseason and making memories similar to this one.