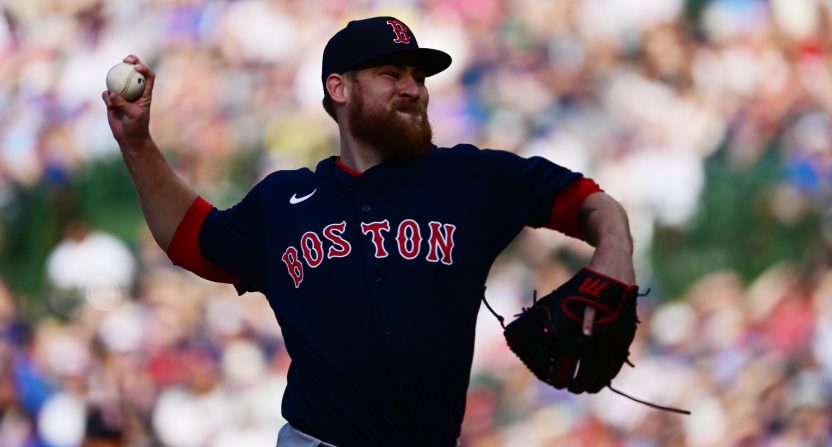 Saturday night was the fifth career start in the Major League career of Boston Red Sox pitcher, Josh Winckowski. It was also his first start at Wrigley Field. When the game was over, he had some interesting things to say about the Friendly Confines.

Winckowski called the longtime home of the Chicago Cubs “a little underwhelming.” Not only did he compare it unfavorably to his home stadium, Fenway Park, but also called Wrigley Field “very stock standard.”

“A little underwhelming. Fenway has a presence to it. I really didn’t get that here, to be honest. I said to my mom last night, this place is very stock standard.”

That’s a take you’re probably not going to hear a lot of. Winckowski’s opinion on Wrigley Field naturally drew a lot of responses.

can’t believe i have beef with a guy named “Josh Winckowski” https://t.co/FRB0ExWkwc

you’re not allowed to complain about stadiums when your team plays 81 games at fenway park, the rest of the al east’s wonky dimensions and features be damned https://t.co/SzlGwBGPVr

40,000+ on their feet for a team that is 14 games under .500. Who just took the series from you by the way @joshwinckowski.@DOM_Frederic get a load of this guy… lol https://t.co/KsumpIx4Ug

We’ll start by defending Winckowski. Wrigley Field has undergone several renovations in recent years. If we go back to before 1988, Wrigley Field didn’t even have lights. More recently, we’ve seen changes like renovations to both the home and visiting clubhouses, giant video boards and the bullpens being moved off of the field. So, if we’re comparing Wrigley Field to what it was before those changes, it’s more standard.

Winckowski is still a young player and as such, probably hasn’t seen many parks. When he does, we doubt that he’ll be describing Wrigley Field as “standard” or anything close to it. It’s about as unusual an experience as any MLB park has to offer.