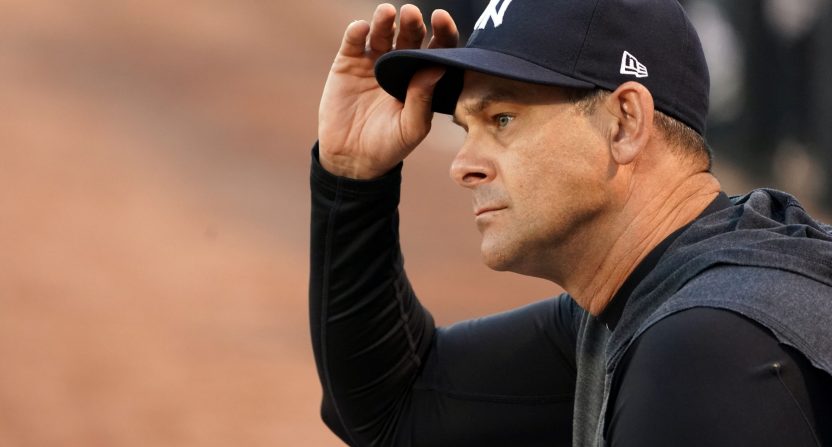 The reputation of the Houston Astros organization is basically mud in the wake of a sign-stealing scandal.  They were branded as cheaters while their recent World Series victory was tarnished. They were punished by MLB (though not as harshly as many people would have liked). Little League organizations around the country started removing the Astros’ name from their list of teams. The team was booed mercilessly in the brief spring training period before the season was shut down. And after the season was shut down, fans took to video games to exact some modicum of revenge on the team.

All of which is to say that you don’t want to be a Major League Baseball franchise with the stain of sign-stealing on you. That’s no doubt why, in 2017, the New York Yankees sealed away a letter they received from MLB commissioner Rob Manfred that allegedly discussed sign-stealing efforts by some of their players in previous seasons. However, a judgment on Friday by U.S. District Court Judge Jed Rakoff ruled that the letter should be unsealed, per The Athletic.

The Yankees and MLB have until noon on Monday to submit a “minimally redacted version of the letter,” though the Yankees have argued that doing so would cause “significant reputational injury.”

What is known about the letter is that Manfred wrote at the time that the Yankees  “had violated a rule governing the use of the dugout phone.” However, he also added that the “substance of the communications [over the phone] was not a violation.” The Yankees had been fined an undisclosed amount in 2017 over improper use of a bullpen phone in a prior season.

All of this stems from a lawsuit filed by DraftKings customers against Major League Baseball, the Houston Astros, and the Boston Red Sox, or alleged defrauding due to their sign-stealing efforts. Rakoff was actually the judge who dismissed the suit this past April, but an appeal has brought it back around.

The Yankees have the ability to make an emergency appeal before the June 19 deadline to unseal the letter. They also released a statement to The Athletic through lawyer Jonathan Schiller, who said “there is no justification for public disclosure of the letter. The plaintiff has no case anymore, and the court held that what MLB wrote in confidence was irrelevant to the court’s dismissal of the plaintiff’s case. Under established law, this supports the Yankees’ right to confidentiality required by the Commissioner of Baseball.”

“It is the Yankees’ understanding that the press release about the investigation reflects the Commissioner’s final determinations,” Schiller added. “Those determinations were that the Yankees had committed a technical violation of MLB’s rules by misusing the dugout phone. The Yankees were not found to have violated any rule involving sign stealing. The press release is accurate and states MLB’s conclusions.”

We may find out for sure by Monday.