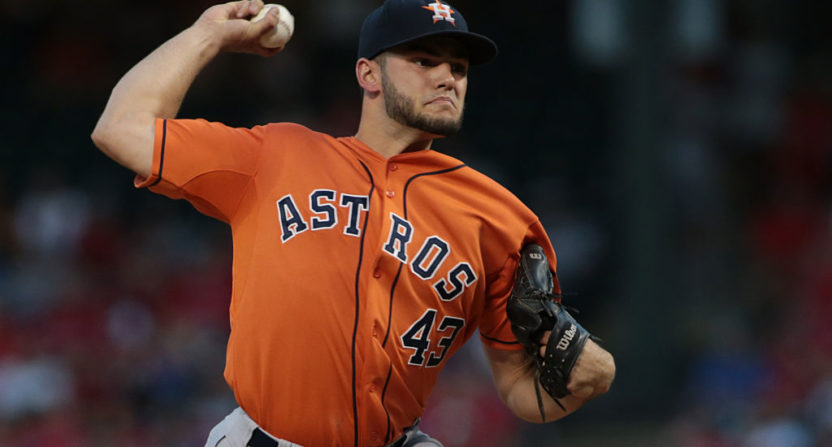 The Texas Rangers have faced major backlash for how they handled the rescheduling of this week’s series with the Houston Astros in the wake of Hurricane Harvey’s landfall in Southeast Texas. As Astros president Reid Ryan explained, the teams were set to play in Houston this week and could have moved to Arlington, but the Rangers refused to swap their home series against each other. The two teams are scheduled to face off one more time, a three-game series in Arlington in late September.

However, that plan fell through because the Rangers wouldn’t give up that later home series. They offered to give the Astros the revenue for this week’s series and let them be the home team, but wouldn’t budge on playing those September games anywhere but Arlington. That led to this series being moved to Tampa Bay, and to Ryan not being happy:

Because they couldn’t agree to swap, the Rangers and the Astros are playing this week’s series at Tropicana Field in Tampa Bay, and the Rangers will remain at home for the September series. That had many baseball fans — and generally people with a sense of decency — appalled because the Rangers were trying to capitalize on a catastrophic natural disaster. Rangers general manager Jon Daniels said giving up the home series in September wouldn’t be fair to fans who already have tickets, and it wouldn’t be fair to the team as that series ends nine-game road trip.

Rangers did not want 4 city road trip in last 16 days of season. Rangers offered to give all revenue from this week's games to HOU

You have to wonder if the Rangers would’ve been more accommodating were they not knocking on the door of the AL Wild Card. But either way, their response shows a complete blindness to the gravity of the situation in Houston.

Astros pitcher Lance McCullers was one of those who expressed his anger at the situation on Twitter, blasting the Rangers for their “greed” and lack of class:

Classy as always, should be absolutely ashamed. Greed never takes off days, apparently. Stay strong #Htown! We hope to be home soon. https://t.co/ZnkmZ3HVWQ

Here are a few more responses:

Please remove the Texas from your jerseys @Rangers

Don't forget the #Astros stepped up for Katrina victims. I chronicled their efforts in a chapter of my book on 2005 NL champs. pic.twitter.com/vpIeBP1lPK

There aren’t many ways to positively spin how the Rangers handled the situation. A home series swap may not have been ideal, but nothing about 40 inches of rain is ideal.

The Rangers-Astros series is just one of many sporting events affected by the storm. The Texans’ preseason game against the Cowboys has been moved to Dallas, and LSU’s season opener against BYU has been relocated to New Orleans.