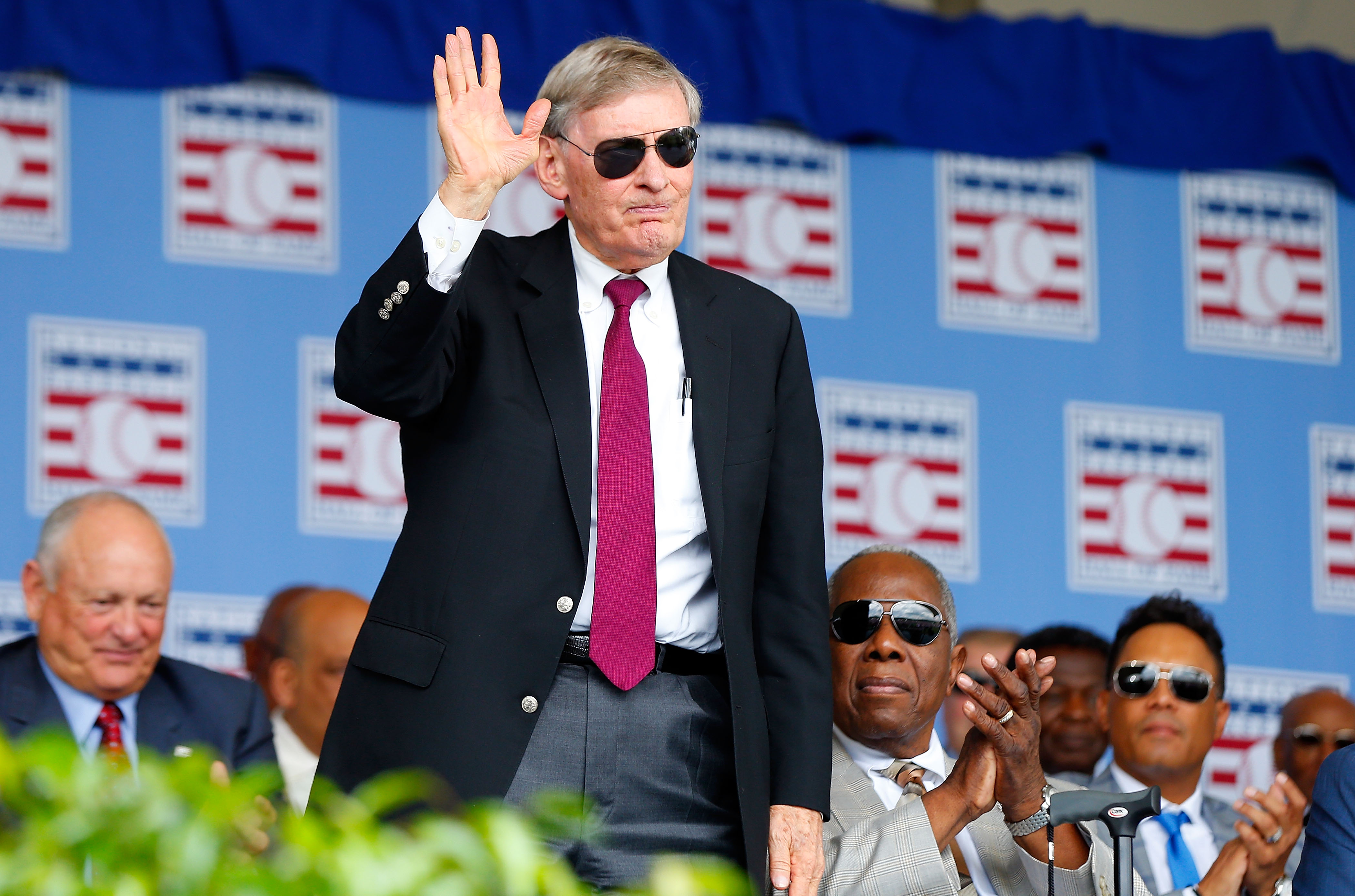 Evaluating baseball players for the Hall of Fame is easy. You look at whichever stats interest you, compare them to those of other players, mix in a little personal recollection and cast your vote.

Evaluating off-field figures like Bud Selig is harder. There’s no real stat for being a good commissioner, no common ground on which to compare Selig to his predecessors. When it comes to players, we all generally agree on what’s important: getting hits and creating runs for a hitter, getting outs and preventing runs for a pitcher. For commissioners? Is it labor peace? Growing the game’s revenue? Modern innovations? Being a good ambassador?

With that ambiguity in mind, it’s easy to understand why many smart people were upset Sunday night when the Hall of Fame announced that Selig (along with former Braves general manager John Schuerholz) would be headed to Cooperstown. Selig was the biggest hypocrite of the steroid era. He canceled the World Series in 1994. He introduced revenue sharing as a way to help smaller markets, but also suppress player salaries. He was slow to embrace new technology.

But a quick look at the Hall of Fame roster shows that whether or not Selig deserves a plaque, in the way that Ken Griffey Jr. does, he pretty much had to have one. As we do with players, let’s compare Selig to others who held his position.

The first-ever commissioner of baseball was Kenesaw Mountain Landis, a former judge who took over the game in a time of scandal. Not everything he did was good — notably, he strictly enforced the color barrier — but his impact was undeniable. He brought credibility back to the game and set the precedent that baseball would not tolerate gambling. Was Landis a “good” commissioner? Well, it’s hard to claim he was, given that he persistently barred black players from the major leagues. But was he important? Certainly. And he’s in the Hall of Fame.

In 1945, Landis was succeeded by Happy Chandler, a U.S. Senator from Kentucky. He wasn’t perfect — his bizarre feud with Dodgers manager Leo Durocher was one of the defining events of his commissionership — but his resume stands up to history. He was sympathetic to players’ rights and presided over the first black players in the modern Majors, at risk of losing his job. He’s probably the best commissioner baseball has ever had because his decision to back integration was one of the most important moments in baseball history. And he’s in the Hall of Fame.

Next came Ford Frick, a former sportswriter and NL president. He was generally forgettable as commissioner, but his most famous decree looks totally absurd in retrospect. In 1961, he announced that any records set under the new 162-game schedule would carry an asterisk, in deference to the 154-game schedule of the past. This was remarkably short-sighted and unfair to Roger Maris and all other modern players. Frick had no great banner achievement in his 15 years as commissioner, but he presided over baseball’s first expansion in 50 years and the growth of the game’s television presence, some hugely important developments in baseball’s history. He’s in the Hall of Fame.

After a brief four-year reign of William Eckert, Bowie Kuhn took over as commissioner in 1969. Most people today believe that Kuhn was a terrible commissioner, having stood stubbornly in the way of free agency before eventually losing that battle to Marvin Miller and the players’ union. He also took a hardline stance on drugs in baseball, setting the precedent for Selig’s crusading decades later. But he did oversee several rounds of expansion and decide to air the World Series at night. Kuhn may not have been good for baseball, but his 16-year tenure was certainly important. Not without controversy, he’s in the Hall of Fame.

And then, after short stints in the Commissioner’s Office from Peter Ueberroth, Bart Giamatti and Fay Vincent, we get to Selig.

Selig as commissioner was somewhere between passable and terrible. But there was no question he was important. He had the second-longest commissionership in baseball history and oversaw unprecedented change, for better or for worse. Interleague play, the wild card, the All-Star game “counting,” the luxury tax, MLB Advanced Media, PED testing and on and on.

When it comes to players, the Hall of Fame is for the best, the ones with the gaudiest stats and the most impressive highlight reels. But when it comes to commissioners, the Hall is for the most important, the ones with the longest tenures who did the most to shape the game today. Landis righted a ship that was drifting off-course. Chandler helped smash the color barrier. Frick ushered in the modern era. And Selig ended the separation between the NL and AL, gave small-market teams a chance to compete, established baseball’s anti-PED culture (after establishing its pro-PED culture) and, perhaps begrudgingly, ushered in 21st-century technology.