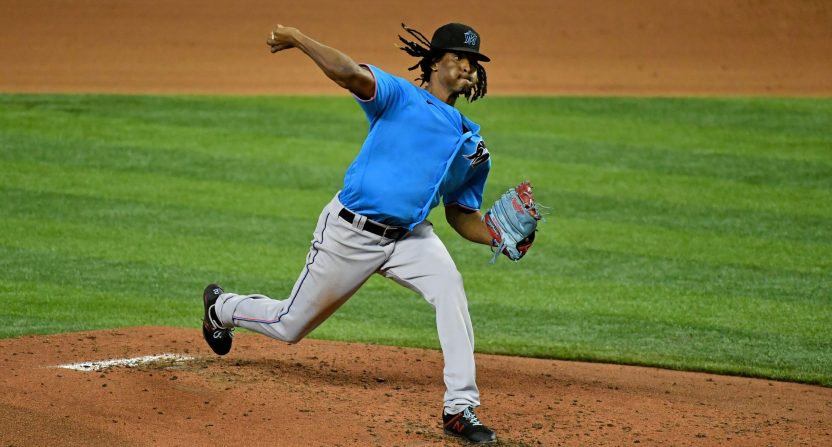 Sources: Marlins new positives include Cooper and Ramirez in addition to Urena, plus Alfaro had been positive. So they’ve now lost their starting RF, DH/1B and C in addition to one of their better pitchers. @ByRobertMurray 1st on some names

Cooper and Ramirez started games one and two of the Marlins’ series in Philadelphia, but were left out of the lineup on Sunday.

And with the COVID-19 outbreak concerns within the team, the Marlins have delayed their trip home. The Marlins decided to wait until Monday to leave Philadelphia, and intend to arrive in Miami just hours before their home opener against the Baltimore Orioles.

Marlins manager Don Mattingly said that “the guys that tested positive are quarantined here in Philly.”

Here’s more, from the Associated Press:

The Miami Marlins scratched right-hander Jose Urena from his scheduled start Sunday in Philadelphia and delayed their postgame trip home amid concerns about a possible coronavirus outbreak within the team.

Manager Don Mattingly said the Marlins decided to wait until Monday to leave Philadelphia, and they planned to arrive in Miami hours before their home opener against Baltimore. The trip might be made while multiple players remain in Philadelphia.

“The guys that tested positive are quarantined here in Philly,” Mattingly said. The team made no roster moves after the game.

Mattingly said that the team’s decision to postpone the flight was made with family members in mind, according to the AP.

“We were more comfortable flying as a group later,” Mattingly said. “We’re talking about these guys traveling back home to their families and their kids, and it’s the reason we want to be safe.”

This whole story is another (concerning) reminder that while Major League Baseball has returned, the COVID-19 pandemic has not gone away.

UPDATE: ESPN’s Jeff Passan revealed that of the Marlins who are traveling, 11 of 33 have tested positive for COVID-19. The Marlins-Orioles and Yankees-Phillies games have been postponed, and Andy Slater of Florida’s Fox Sports 640 reported that the Orioles are heading back to Baltimore.

And according to Matt Breen of the Philadelphia Inquirer, the Marlins chose to play the Phillies on Sunday despite knowing three players had already tested positive.