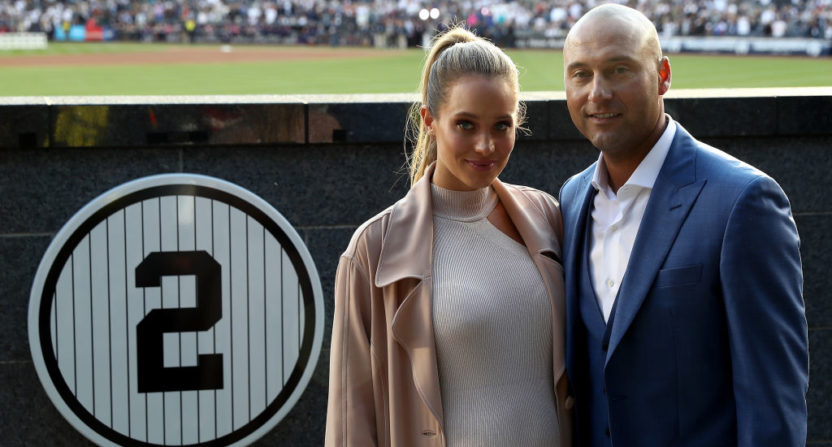 It appears the Miami Marlins will soon have a new ownership in place. According to a report from The Miami Herald, Marlins owner Jeffrey Loria has agreed to sell the team to the group that includes Derek Jeter and New York businessman Bruce Sherman for a cool $1.2 billion.

The group including Jeter was long expected to be a favorite to land the ownership of the Marlins, although concerns about potentially not having as much to offer for the team was thought to hold back the Jeter group from winning the bidding war. A healthy relationship and respect Loria has for Jeter made the Jeter group one of the top contenders from the start. Jeter reportedly is expected to be putting up $25 million for his ownership stake, which makes him a mere part owner of the team, but it would be wise for the Marlins to put his face in front of as many fans as possible to build a connection with them.

One other serious bidder, Miami businessman Jorge Mas, made a serious push to buy the team but was unwilling or unable to match the $1.2 billion bid put up by Sherman and Jeter’s group. The bidding group that included former Florida Governor Jeb Bush backed out of the bidding process this week.

The sale of the team, of course, has not been finalized, and there are a few more steps in the process before we can formally recognize “The Captain” of the New York Yankees as an official owner in baseball circles. Aside from the legalities of the sale having to be ironed out, Major League Baseball must also approve the sale to the Sherman/Jeter group. But you would think Major League Baseball would never say no to Jeter, so as long as all of the paperwork can be sorted out between Loria and the winning bidders, this sale will easily be approved by the rest of Major League Baseball’s owners.

Interestingly enough, the Jeter group consists of 16 bidders. Among them is Michael Jordan. No word on whether or not Jordan will attempt to come out of retirement to take a few more swings in the batting cage.