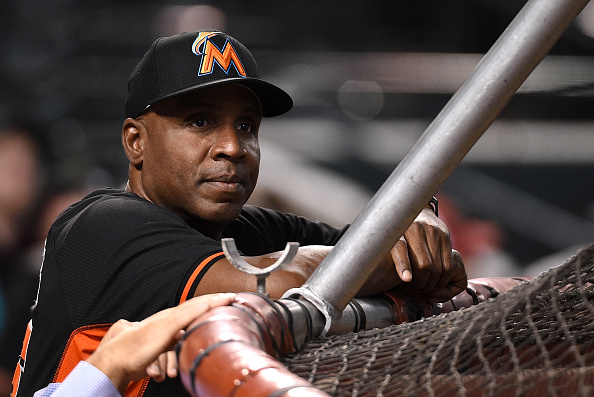 With baseball’s regular season now in the books, the day after has been a busy one for a number of teams not competing in the postseason, including the Miami Marlins. According to a report from Jon Heyman of FanRag Sports, the Marlins will not invite Barry Bonds back to be on the staff in 2017. Heyman reports that it’s expected the Marlins will keep Frank Menechino on the staff to take over all of the hitting coaching duties.

This was Bonds’ first job in baseball after stepping into retirement following an historic, yet controversial playing career. For a while, it appeared Bonds was embracing his new life in baseball, but now that he is out of work in Miami we are hearing stories surface suggesting he may not have been quite the kind of assistant coach that manager Don Mattingly wanted around the players. Bonds appeared to have a good relationship with the players on the staff, but Donnie Baseball wanted a hitting coach that was a little more studious than Bonds appeared to be.

Bonds was called out this summer by Mattingly on a road trip. Commitment level dwindled.

Stanton in particular "tuned out" BB who was openly critical of Stanton. For everyone to hear at times.

As reported by Heyman, Mattingly and the Marlins want a hitting coach that is prepared to spend more time reviewing tape with the players, something that had apparently been lacking in Bonds’ duties on the Marlins staff. On the one hand, you can perhaps understand why Bonds may not have been living up to the expectations placed upon him as a hitting coach. Hitting appeared to come so naturally to Bonds as a player, and this was well before his drug-enhancing run with the Giants. It can be difficult sometimes for a player with such a smooth swing and ability to hit to understand what some players aspiring to achieve at the plate need to do in order to improve. Bonds surely provided his expert advice where he could, but it would seem there were some things Bonds was missing as a hitting coach that did not sit well with the team. The Marlins’ offensive numbers were not all that bad, but the bats struggled in the slugging percentage category, which was an area Bonds thrived as a player.

Will this be the end of Bonds as a hitting coach in baseball? Who knows. If nothing else, this was a new experience for Bonds, and if it is one in which he enjoyed and he learns from his experience, there will be teams willing to invite Bonds to be a part of their staff in some capacity again. The only question remains whether or not Bonds will have the right approach that sits well with the manager wherever he ends up going next.