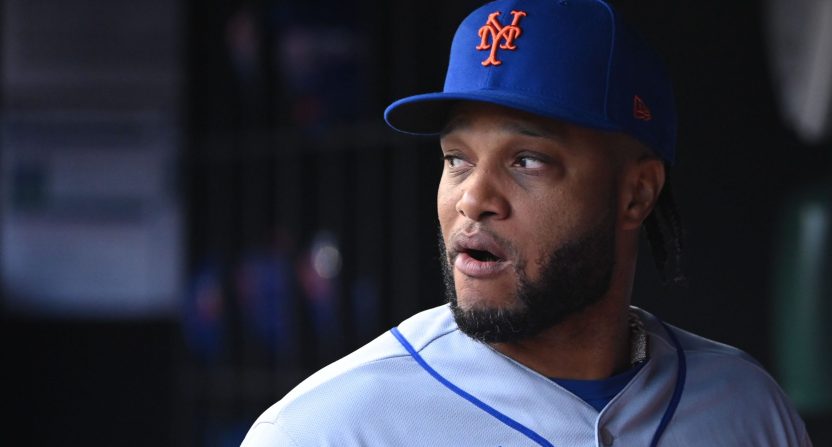 The New York Mets are currently one of the best teams in Major League Baseball, tied with the Milwaukee Brewers with an MLB high 19 wins to this point.

Veteran second baseman Robinson Canó has not been too big of a part of that success. He is hitting .195 to this point in the season in 43 plate appearances.

MLB rosters shifted from 28 players to 26 earlier this week, and the Mets made the difficult decision to designate Canó for assignment on Monday.

This meant that the Mets could either outright release him, or designate him to one of their minor league affiliates. The Mets made their decision to officially release Canó, which will cost the Mets $45 million over the next two years for the remainder of Cano’s contract.

The eight-time All-Star has been with the Mets since the 2019 season, notably receiving his second suspension for performance-enhancing drugs which cost him all of the 2021 MLB season.

This news makes Canó a free agent, but at 39, many around the MLB world are questioning whether or not this was the last time that we will see him at the major league level.

Robinson Cano is already a free agent as of today.

Which team would he fit in best?

Now that Robinson Cano is gone, can the @Mets finally do what they should have done a long time ago and retire Willie Mays' number? #LGM

Besides @EOBASEBALLCLUB, I think he can fit best in San Diego @Padres . https://t.co/zFw2B1ej8y

Canó could provide a team with a valuable locker room presence going forward, but there might be very little left in the tank for him at the end of his career.

If this is the end of Canó’s career, it has certainly been an extremely productive 17-year career for him, which saw him accomplish nearly everything there is to do as a player.